NZCTA Commentary: Making it in China by being smarter

<< From the Edge: Hand on Till Investing in Chinese real estate >> 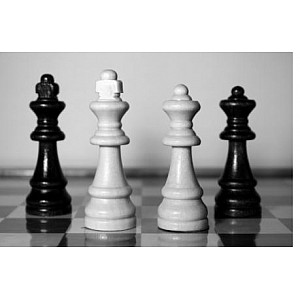 “The last 200 years were an aberration...the Chinese were selling silk to Cleopatra!”

So commenced a highly detailed, not to say, trenchant assessment of China as a world player and as an export market by former Prime Minister Rt Hon Dame Jenny Shipley.

She set the pace and indeed a benchmark at the recent NZCTA – Ernst & Young workshop “Making it in China”, which attracted nearly 100 members and guests. Shipley, now a Director of the China Construction Bank, added a litany of gems in a spontaneous presentation, designed to provoke thought about China and no doubt to question some of the sacred cows amongst our conventional views on what is now our second largest trading partner.

Indeed New Zealand must leverage off China’s need to double food supply in the next 18 years, but we must be smart about it or competitors will step in. Shipley believes Canada, Germany and Australia are amongst suppliers, who take a better strategic approach to the China market.

“Chinese attitudes to food are well ingrained … we must understand the Chinese value system,” she continued. “Clean and green is not a durable food marketing strategy ... but the Chinese are very sensitive to food safety.”

Last year’s 60% increase in exports to China had much to do with high demand for milk powder, where long term China will become increasingly self sufficient, so such growth is not sustainable.

Whilst China’s population growth had almost peaked, the middle class will continue to grow. Already 32 million Chinese earn more than ten thousand US dollars p.a. but this will grow to over 100 million in the next 20 years.

Shipley’s views on China’s approach to World affairs and to bilateral and multilateral partnerships match those of other expert speakers at NZCTA workshops and strongly question the common perceptions. China treats partners, not as some (nameless) powers do as colonists, but with mutual respect, anxious to negotiate not to control.

“Track where Premier Wen travels”, she suggests, citing the Middle East, Africa, the Pacific and South America rather more than Europe or USA to see where future World influence may lie.

With Shanghai Expo over the horizon and many of the audience considering how to leverage from the opportunity, it was timely for Shipley to advocate taking a strategic approach to and seeking a good payback from New Zealand’s investment in the Expo.

Recent Cathay Pacific NZCTA Trade Award Winners, Teknatool presented a case study on how it set up and came to succeed, making it in China.

M-D, Roger Latimer reminded us of the criticality of fostering “guangsi” and some of the pitfalls – “if it’s not in the network, it doesn’t exist!”

Our corporate concept of the shared body of knowledge is quite foreign to China and staff are reluctant to speak up if they have problems, for fear of losing face.

But China Manufacturing Operations Manager, Nathan Stantiall, has systematically addressed such problems, successfully introduced ISO standards for quality control and to counteract the different Chinese perception of R & D, set up an R & D department in separate premises from the factory.

He philosophically concluded by reminding us “China wasn’t built in a day!”

Finally, Ernst & Young Tax Partner, Jo Doolan gave us an update on both NZ (with relation to overseas earnings) and China tax issues.

Surprisingly, China’s tax take in recession hit 2009 will be higher than the previous year. Provincial tax officials have been set high targets and are being assiduous about chasing every yuan available to tax.

Hmm – maybe another area where our respective officials have a like-minded approach!

The NZCTA post-AGM lunch has always been a heady mixture. Good food, wine and a quality guest speaker. And an opportunity to network informally with a host of fellow members, who daily engage with China, so, who all, by definition, have a keen sense of humour!

Tony Browne, who was our Ambassador in Beijing until earlier this year, was our man in China throughout the FTA negotiations and during a time of continued change and incident in China.

There could have been few more interesting postings during this era and Tony’s perspective on the growing relationship between New Zealand and China will add substantially to your understanding of our gargantuan trading partner.

An event you should try not to miss, your chance to have your say at the AGM and then a fine lunch and outstanding guest speaker. All within two hours at the peerless Auckland Club.

By all means bring along colleagues and guests and why not book a table for 10!

<< China General Interest  < From the Edge: Hand on Till | Investing in Chinese real estate >