China relations different across the Tasman 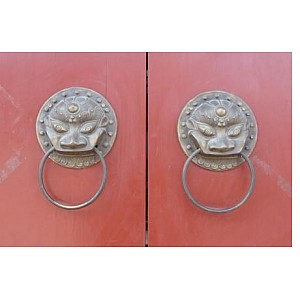 It is ironic that Sino-Australian relations have deteriorated so dramatically under the stewardship of Kevin Rudd. It was initially thought that he would develop a more intimate relationship between the two countries given his knowledge of China and the Chinese language.

In August, the leader of the opposition, Malcolm Turnbull, told reporters in Canberra that Australia’s relations with China were at “the lowest ebb they have been for many, many years”. At the same time, a Sydney Morning Herald columnist wrote that the recent arrests of Rio Tinto employees have, “forever altered the relationship that could have been between Australia and China”.

The opposition have criticised Rudd’s familiarity with Beijing for having had a negative affect on Sino-Australian relations. Liberal Party frontbencher Christopher Pyne recently told ABC radio that when Rudd spoke Mandarin at Peking University on his first visit to Beijing as prime minister, “he became far too familiar with a government that is essentially a very important partner, but still a totalitarian regime”. Such criticism may well be amplified with next year’s election in sight to ratchet up support from those fearful of China’s growing influence in Australia.

Accusations by the government that the opposition is fear-mongering by raising the China spectre will do little to lessen the impact of such criticism. Any appearance whatsoever that Rudd is in Beijing’s pocket, or even near to it, could make things awkward for Canberra. This is especially true given the controversy a few months back surrounding the Australian Defence Minister’s failure to declare two trips to China paid for by a Chinese businesswoman.

Already it is evident that Rudd has changed his tact towards Beijing in part probably to counter this potentially damaging image problem. Last year he talked with Chinese Premier Wen Jiabao about how China ought to play a bigger role in sorting out the financial crisis. This year when Rudd was in London for the G20, he asked to be seated away from the Chinese ambassador to Britain – whom he knew well – on a BBC television show. It is clearly no longer a good look for Rudd to appear too close to China.

The Australian prime minister’s hands-off approach in dealing with the Rio arrests underlines his domestic political concerns. China’s arrest of Stern Hu, an Australian citizen, and three other Rio employees is viewed by many in Australia to be politically motivated and an act of revenge for Rio Tinto backing out of a multi-billion dollar deal with Chinalco. Yet Rudd does not want to interfere too much. Doing so would infuriate the Chinese and consequently strengthen the idea that his connections in Beijing are not helping.

Rudd does not have to try too hard to give the impression that he is distancing himself from Beijing. The Chinese too seem cautious about appearing close any more. Last month’s signing of a US$ 41 billion deal to allow China to buy liquefied natural gas from a Western Australian gas field should have been cause to celebrate. The deal, between Chinese state-controlled PetroChina and ExxonMobil, is Australia’s biggest ever trade contract by value. Yet despite the deal’s significance, it was reportedly signed in a secret location in Beijing and without media present. Better just to get on with business without having too much involvement from Australian politicians or the public.

The previous Australian Prime Minister John Howard concentrated solely on trade with China. This simple formula was effective. Rudd will surely now be more cautious when engaging China in areas other than trade.

In light of these recent events, combined with tricky domestic politics, Australia’s relationship with China is now starting to look very different to New Zealand’s. One appears full of difficulties while the other does not. That said, the Sino-NZ relationship has had its share of problems too.

Fonterra’s involvement in the tainted milk scandal was an early test of the relationship. The outcome was good considering that the predicament was “as bad as it gets” according to Fonterra’s chief executive Andrew Ferrier at the time. The co-operative was not put through the Chinese courts and the Chinese government also did not use Fonterra as a scapegoat. In fact, the Chinese people largely viewed Fonterra and the New Zealand government as heroes for bringing the issue to light.

When John Key came to Beijing with a number of businesspeople, Wen Jiabao assured him that official scrutiny over Fonterra’s role in Sanlu was over. Wen publicly stated that the Sino-NZ relationship was “at its best in history”, signalling that any political fall-out from the scandal was negligible. He also asked for New Zealand to help China with food safety, to which Key responded positively.

New Zealand’s Crown Research Institute ESR is now collaborating with the Chinese Cereals and Oils Association on food safety research and development, in what seems to be a direct result from the April Key-Wen meeting. From a situation where Fonterra was in serious trouble for investing in a Chinese company, to the current picture of New Zealand and China collaborating on food safety suggests that the two countries are working well together at a political level.

Another aspect favouring the Sino-NZ relationship is that unlike Australia we do not have a strong defence relationship with the US. This means Wellington does not have to focus on balancing our relations between China and America. New Zealand’s foreign policy in this regard can be considerably more flexible than Australia’s.

In many ways it is critical for New Zealand to have a good political relationship with China. Using John Howard’s China formula of sticking solely to trade would probably not work well. Unlike Australia, we do not have vast mineral deposits to bargain with so instead we must ensure that we get the politics right. To some degree, this means finding the distance from which our government can comfortably and effectively engage with China. Our political proximity to China may well evolve to be a bit closer than that of our neighbour across the Tasman.

Henry Acland, director of The Width Network, currently lives and works in Beijing. He has a Masters degree in Political Studies, University of Auckland, with a focus on East and Southeast Asia. Previously he worked as a Policy Advisor for the New Zealand government.