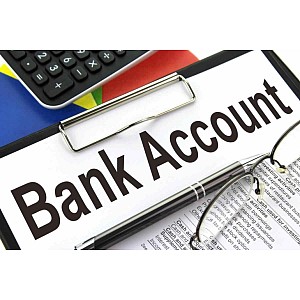 Beijing and Shanghai are the latest cities to remove the permits required for opening a corporate bank account in China, a move consistent with the government effort to reduce administrative red tape for small businesses.

Since April 2019, companies in Beijing and Shanghai no longer require a permit from the People’s Bank of China (PBC) for opening a basic and temporary corporate bank account in China.

The approval permit system has been replaced by a simpler record-filing system.

This came into effect in Beijing on April 28, 2019, with Shanghai implementing it from April 30.

Under the new policy, enterprises that wish to open a corporate bank account only need to complete a simple account-opening audit.

After this audit, the bank settlement account is open and the account holder can handle the collection and payment of funds from this date forth.

The reform is expected to cut the average time needed to open an account from four days to just one to two days.

The State Council, at the end of last year, committed to the gradual removal of corporate bank account licenses across the country.

The aim of the new policy is to “promote reform in different regions in batches and strive to remove the approval system throughout the country within 2019,” announced Fan Yifei, Deputy Governor of PBC at a press conference earlier this year.

The policy initially began as a PBC pilot project tried in two cities in Jiangsu and Zhejiang as early as last June. Following its success, in February 2019, the policy was expanded to apply across the whole of the two provinces.

Last year, China made dramatic improvements to its ease of doing business rankings, jumping from 78 to 46 in the World Bank’s Ease of Doing Report.

This year, China remains determined to improve its global ranking, with the government continually introducing small and gradual measures to streamline administrative procedures for businesses.

While all businesses can certainly benefit from this latest reform, small and medium enterprises (SMEs) are expected to benefit the most – as they are usually the most susceptible to the considerable time and labor costs expended in the initial phase of corporate establishment.

Coupled with reforms in simplifying corporate establishment procedures particularly in larger cities like Beijing, it is hoped that this latest measure of removing account-opening permits will make it easier for more SMEs to establish a presence in China.

China Briefing is produced by Dezan Shira & Associates. The firm assists foreign investors throughout Asia from offices across the world, including in Dalian, Beijing, Shanghai, Guangzhou, Shenzhen, and Hong Kong. Readers may write to china@dezshira.com for more support on doing business in China.