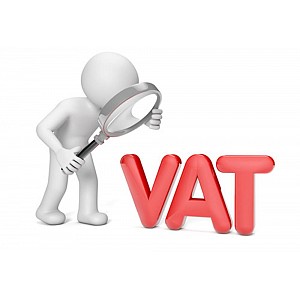 China will cut value-added tax (VAT) rates for businesses in the manufacturing, transportation, construction, telecommunication, and agricultural sectors, according to Premier Li Keqiang.

Businesses registered as general taxpayers can opt to register as small-scale taxpayers if they fall under the new criteria. Small-scale taxpayers benefit from a preferential VAT rate of three percent, but generally cannot issue special VAT fapiao – except for under certain pilot programs – which is essential for many businesses.

Eligible businesses in advanced manufacturing, modern services, and electric utility can also receive a lump-sum refund on input VAT yet to be deducted as part of the broader tax cut package.

The tax cuts follow Li’s Work Report at the Two Sessions meetings, where he pledged to ease the tax burden for businesses, improve the business environment, and streamline the VAT system. Li stated at the time that the government also plans to reduce the number of VAT brackets from three to two; China currently has three VAT tax brackets: 17 percent, 11 percent, and six percent.

The latest tax cuts and plans to simplify the VAT can be seen as a continuation of a long-term agenda. Last year, China eliminated the 13 percent tax bracket, and introduced an RMB 380 billion (US$55.2 billion) tax cut package. The government has continuously adjusted and optimized the VAT system since it completed its VAT reform in 2016, which has led to RMB 2.1 trillion (US$333.9 billion) in tax cuts over the past five years.

The most recent tax cuts also come months after the US passed its own tax reform package, which significantly lowered US companies’ tax obligations. Some economists have argued that China should cut taxes in response in order to bolster its competitiveness as an investment destination.

China Briefing is published by Asia Briefing, a subsidiary of Dezan Shira & Associates. We produce material for foreign investors throughout Asia, including ASEAN, India, Indonesia, Russia, the Silk Road, and Vietnam. For editorial matters please contact us here, and for a complimentary subscription to our products, please click here.

Dezan Shira & Associates is a full service practice in China, providing business intelligence, due diligence, legal, tax, accounting, IT, HR, payroll, and advisory services throughout the China and Asian region. For assistance with China business issues or investments into China, please contact us at china@dezshira.com or visit us at www.dezshira.com