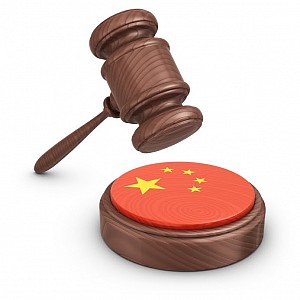 For foreign investors running businesses in China, it is very likely that they would find themselves feeling wronged by another party who has failed to live up to their end of a contract. Many foreign business owners hesitate to enter litigation in China because they assume that the legal process in China is a time consuming nightmare filled with red tape and corruption, and that after all the stress and wasted time, they will be unjustly treated and left with nothing.

This is a myth.

The impression portrayed above is more often the result of misunderstandings, weak cases, poor strategy, and careless implementation, but not the fault of the Chinese legal system itself. As a matter of fact, the World Bank Group ranks China 7th among all countries in terms of contract enforcement, while the U.S., Canada, and Italy sit at 21st, 49th, and 111th, respectively. In this article, we provide a brief introduction to the Chinese legal process and give foreign business owners the confidence to enter into litigation or arbitration in China.

Chinese Litigation
Compared with the common Western litigation process, Chinese litigation has its unique characteristics. Lawyers in China require an official power of attorney in order to represent a client, and any documents needed must be notarized, legalized, and translated into Chinese before they can be used in court. Moreover, Chinese litigation has a strong focus on written evidence, adhering to strict evidence rules.
On the other hand, China has been plagued by inconsistencies in the litigation process. While first tier cities have evolved past these in many ways, lower tier cities still face many issues in litigation. The litigation process is oftentimes handled by phone, deadlines are flexible, written pleadings are limited, parties are able to access the judge without the other being present, and legal/technical arguments are not given the same patience and attention as they are in Western courtrooms.

Chinese litigation is also different in the sense that there is no real negative consequence for blatantly lying during the litigation process. In cases where investors are involved in a lawsuit, remember that the opposition might deny whatever they can, whether it is true or not.

China vs. Abroad
A foreign business owner may have more confidence that they will win a legal dispute if they enter into litigation or arbitration abroad, rather than using the Chinese legal system. Indeed, the consistency and transparency of a Western legal system is tempting and comfortable for business owners. However, it is advised that foreign business owners settle their legal disputes in mainland China whenever possible. The reason for that all comes down to enforcement. After all, the goal for most investors is not to “win” the legal dispute, but to force the opposing party to make amends for whatever violation they may have committed and to set things right. A favorable court ruling does not necessarily mean receiving retribution immediately, or at all.

Generally, foreign court judgements are not enforceable in China. It is advised to avoid using foreign courts unless the Chinese side has a significant amount of offshore assets or the foreign court is in a jurisdiction with an applicable bilateral treaty such as Hong Kong.

As for foreign arbitration outcomes, it remains unclear if they are officially enforceable in China. While China is party to the New York Convention (Convention on the Recognition and Enforcement of Foreign Arbitral Awards), there have been numerous exceptions made related to Chinese public policy and due process. If a Chinese court refuses to enforce the outcome of a foreign arbitration, the outcome can be enforced by the Intermediate People’s Court in the specific province or in the four cities directly under the central government: Beijing, Shanghai, Tianjin, and Chongqing. Should this not prevail, the final option is that the case be taken to the Supreme Court in Beijing. Unfortunately, the case may not be accepted or may be endlessly delayed.

To settle a legal dispute as a foreign business owner in China, the best option is to use Chinese litigation or arbitration in a tier-1 city. By not entering foreign litigation, investors will retain the ability to immediately freeze assets, the judgements are directly enforceable, and enforcement will be assisted by local courts. Notably, when taking a case to the court, a connection with the dispute is required, (e.g., place of respondent, applicant, performance, execution or subject matter) and there must always be a written agreement/contract. Arbitration can only be conducted with official institutes such as China International Economic and Trade Arbitration Commission (CIETAC) or Shanghai International Economic and Trade Arbitration Commission (SHIAC); ad hoc arbitration is not allowed.

Seizure of Assets
When a foreign business owner is in the midst of a legal dispute, he/she may ask the courts to help freeze the opposition’s assets. Essentially, the court has the power to restrict the opposition’s ability to liquidate certain assets as a means of preserving them for the eventual compensation. This tactic is used to pressure the other side to settle, especially when trying to receive payment from a delinquent account or customer.

In Chinese litigation, the most commonly seized properties include bank accounts, machinery, inventory, ships, and company stock. Pre-trial preservation (freezing) of assets is allowed but seldom granted. If you are seeking pre-trial preservation you must apply at the court where the defendant and assets are located, the court must make a ruling within 48 hours, and litigation must be initiated within 30 days after the court adopts the preservation measure. Additionally, a deposit equal to 100 percent of the claim must be provided as a security for the defendant in case the seizure is unjustified.

Preservation during trial is usually granted, and is often applied for together with initiating proceedings. It is advised that the party wishing to preserve assets work with the judge to ensure the defendant receives notice of proceedings and asset seizure at the same time. The required deposit is at the discretion of the in-charge judge and can be anywhere between 10 to 100 percent of the claim, though in practice the minimum deposit is around 30 percent.

Preservation during arbitration is only possible in domestic arbitration. This can be a bit tricky as it requires coordination between the court and the arbitration institute. In this case, the defendant may receive arbitration notice several days before the notice of seizure.

There are specialized companies in China who can provide the deposit guarantee on one’s behalf for a fee of about 0.5 percent to four percent of the claim. Some courts admit such companies while others require at least part of the deposit to be paid in cash. Investors should check the local courts’ policy regarding third party deposit guarantee for more details.

Enforcement and Prevention
When it comes to contract enforcement in China, successful litigation or arbitration is only half the battle. The real victory comes when the opposition complies with the ruling. Plaintiffs, at every step of the litigation process, are advised to assume that the counterparty will not pay, no matter what the outcome might be. While every local court does have an enforcement division with broad powers to seize, freeze, appropriate, or auction assets, they are often understaffed and slow to act. In fact, the Chinese court will consistently encourage parties to reach a court settlement, rather than continue the litigation. Additional measures must be taken if the investors win the case and wish to be fully paid immediately.

Even after winning the court case, investors should once again attempt to reach an out of court settlement with the opposition. While the resulting compensation may be lower, the money is much more likely to be paid in a timely manner. It is also suggested to work together with the local court’s enforcement division to investigate/locate the opposition’s assets. Please note that courts are seldom willing or able to use their power to find assets for seizure, so investors may need to conduct their own investigation of the company’s website, financial statements, etc.

In other words, the opposition is unlikely to simply follow the court’s judgement and pay. Thus, investors need to create other effective incentives to ensure the payment. Additionally, political pressure, controlling resources, limiting market access, and other kinds of “arm twisting” have also proven to be successful strategies. In the event of a business dispute, foreign investors should not summarily dismiss engaging with Chinese courts. However, investors must have a thorough understanding of China’s legal system to benefit from its utility and avoid leaving empty handed.

By Stephen O'Regan
Associate, International Business Advisory, Dezan Shira & Associates, Guangzhou.
This article was first published on China Briefing
http://www.china-briefing.com/news/2016/03/29/understanding-legal-proceedings-in-china.html
Since its establishment in 1992, Dezan Shira & Associates has been guiding foreign clients through Asia’s complex regulatory environment and assisting them with all aspects of legal, accounting, tax, internal control, HR, payroll and audit matters. As a full-service consultancy with operational offices across China, Hong Kong, India, and ASEAN, we are your reliable partner for business expansion in this region and beyond.

For inquiries, please email info@dezshira.com. Further information about our firm can be found at: www.dezshira.com