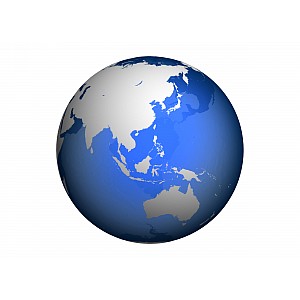 Beijing’s ‘One Belt, One Road’ is a small phrase with major ambitions. Noel McNamara explains what it means for New Zealand exporters and global trade.

In response to expected flat world trade growth abroad and moderating economic activity at home, China is packaging a series of initiatives to help bolster both. China’s recently announced ‘One Belt, One Road’ plan embraces twin goals to tackle these challenges. In the meantime, the mega plan is expected to bring benefits to New Zealand in the area of trade flows.

‘One Belt’ refers to the economic belt along China’s traditional Silk Road connecting China with Europe. The ‘One Road’ is the new ‘Maritime Silk Road’ between China, Southeast Asia and Africa. The aim is for China to invest in the infrastructure and linkages associated with these ‘Roads’ to help bolster its overseas trade. This in turn will stimulate production and consumption demand at home.

In one policy, China hopes to address challenging internal and external economic headwinds and rebalance its economy. By ‘rebalancing’, Beijing intends to promote the development of a consumption-led economy, to supplement its traditional success in exports.

The policy will also have the planned benefit of spurring economic growth in its laggard western provinces, to compliment the economic dynamos in the east.

If all goes to plan, China’s President Xi Jinping predicts ‘One Belt and One Road’ will lift China’s GDP this year by 0.25 percent. This would help mitigate any downside risk to China’s GDP growth, which HSBC forecasts to be 7.1 percent in 2015, generally boding well for New Zealand exporters.

In the next decade, he estimates it will comprise annual trade volumes, between China and belt and road countries, surpassing USD2.5 trillion. The policy is expected to benefit a massive 4.4 billion people in 65 countries.

An example of how this policy is intended to work is in infrastructure development. China has far more steel than it needs. A shrinking construction market at home has meant a surplus is piling up. Meanwhile, many developing countries in Asia suffer from massive infrastructure deficits. China has the capital, expertise and excess capacity to bridge these gaps. By investing in Asia’s infrastructure needs, China is helping Asian economic development abroad and priming demand for its domestic heavy industry at home.

The policy will reinforce China’s centre stage position in Asian trade and transport. China’s vast transport and shipping sectors would be the biggest beneficiaries of this initiative. Agriculture, textiles, telecommunications, financial and high-tech sectors are also expected to see knock-on benefits.

China’s western provinces in line to benefit from the Silk Road renewal include Gansu, Qinghai, Shaanxi, Shanxi and the plans incorporate Inner Mongolia to the north – a total of 18 provinces and regions have been selected as key development zones for the initiatives.

Beijing has vowed to allocate an initial investment of USD40 billion to set up a Silk Road fund for the construction of major infrastructure such as high-speed railways, bridges and ports in Southeast and Central Asia. This figure is above and beyond the USD64 billion of new investments already announced for infrastructure projects.

To cope with the huge funding need, Beijing is launching a new supra-national financial body – the Asian Infrastructure Investment Bank (AIIB) – and has garnered support from 57 countries as prospective founding members, including New Zealand. This will create a large fund that can be sought by countries to develop infrastructure throughout Asia. China is proposing to furnish USD100 billion worth of authorised capital, to give the AIIB the financial firepower needed to turn the plan into reality.

The Asian Development Bank (ADB) estimated that around USD8 trillion of investment will be needed in the Asia Pacific region between 2010 and 2020 to improve its infrastructure. However, the ADB provides only around USD21 billion per year. This has led to the creation of a number of new multinational, quasi-sovereign entities.

From Beijing’s perspective, developments under ‘One Belt, One Road’ and via the AIIB are part of a bigger picture. This is to encourage the further economic integration of participating countries and the formation of a new regional economic trading and investment bloc. More importantly, it will expand the global use of the Chinese currency, increasing the speed of the renminbi’s internationalisation.

‘One Belt, One Road’s’ investments will result in more widespread use of renminbi. Since China will be responsible for most of the financing for ‘One Belt, One Road’ investments, it is likely that some of the financing will be provided in renminbi rather than US dollars to help push the agenda of renminbi’s internationalisation and capital account convertibility. Renminbi is already the second most used currency in trade finance. In March it became one of the top five most used global payment currencies, according to Swift.

As trade and various other economic activity along the ‘One Belt, One Road’ expands, so too will the demand for settling in renminbi, initially to mitigate exchange risks.

HSBC predicts that half of China’s trade will be settled in renminbi by 2020 – in just five years’ time. While renminbi usage in New Zealand is currently very low, 13 percent of 100 Australian companies doing business with China surveyed recently by HSBC are already using renminbi to settle cross-border business with China, with a further 20 percent planning to start doing so within the next three years.

Beijing’s ‘One Belt, One Road’ is a small phrase with big ambitions. The path to success might be long and tough, but China has certainly made an impressive start.