Qualifying for DTA Benefits in China 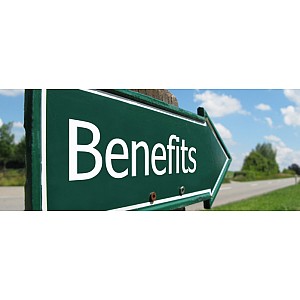 China has made great strides in the past five years in building up its regulation in the area of double taxation avoidance, as well as implementation assurance techniques, but qualifying for DTA benefits remains a complex procedure. The first step is to determine whether you are a tax resident of a country that has an effective DTA agreement with China (i.e. a non-resident with respect to China). New Zealand is one of the countries with Double Taxation Avoidance Agreements with China.

Following this, the qualification requirements as set out in the specific DTA should be examined. These are typically organized in terms of the following:
•    Persons covered;
•    Taxes covered;
•    Definitions of key terms (e.g. resident, permanent establishment);
•    Taxation of income;
•    Taxation of capital;
•    Elimination of double taxation; and
•    Exchange of information.

Accordingly, the DTA applicant must be a person covered by the DTA; the benefits to be claimed must be a tax exemption or reduction stipulated by the DTA; and other relative details in the DTA must be satisfied for a positive ruling to be issued on the application of treaty benefits. Among these criteria, permanent establishment and beneficial owner status are of critical importance for understanding the workings of DTAs and are treated at length below, accordingly.

Special Purpose Vehicles
Prior to 2008, a special purpose vehicle (SPV) was the most common structure used by foreign companies to hold investments in China. An SPV is a holding company set up by a foreign investor outside of China — usually in Hong Kong or other locations that boast notable tax advantages and favorable tax treaties with China — for the special purpose of holding equity interest in an onshore foreign-invested enterprise (FIE).

One of the advantages of using an SPV is that it may benefit from preferential withholding tax rates on dividends and other passive income under the tax treaties between China and the jurisdiction in which the SPV is located. For example, Hong Kong’s double tax agreement (DTA) with China reduces the withholding tax rate on dividends from 10 percent to five percent.

Permanent Establishment
Permanent establishment (“PE”) – defined as a fixed place at which the business of an enterprise is carried out in a given country – is a key concept for the applicability of DTAs. If a non-resident enterprise (in terms of China) is a tax resident of a jurisdiction that has a DTA in place with China, it may be able to claim exemption from CIT if its establishment or venue in China does not constitute a “PE” pursuant to the “PE” article under the relevant DTA.

However, where a resident of a country which has a DTA with China carries on business in China through a PE, the profits derived by the PE will be subject to taxes in China. Simply put, foreign companies can be deemed to have a PE in China, if:
•    It has an establishment or a place of business in China (Fixed place PE);
•    It has a building site, a construction, assembly or installation project or related supervisory activities that last for a certain period of time (Construction PE);
•    It appoints an agent in China to conclude contracts or accept orders in China (Agent PE);
•    It has employees working in China for a certain period of time (Service PE).

Besides the qualification requirements contained in DTA agreements, there are also requirements stipulated by Chinese laws and regulations, clarifying whether a specific type of business can enjoy DTA benefits or not, such as “beneficial owner” status regulated by Circular 601 and Circular 30.