<< Price volatility signals the yuan is closer to becoming a global currency RMB: Appreciation and reform not mutually exclusive >> 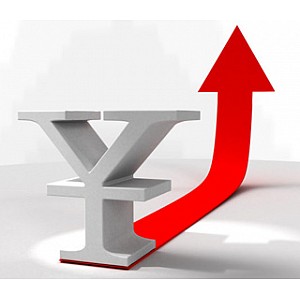 In a struggling global economy, finding a competitive edge becomes all the more important, and a new HSBC survey indicates that for companies doing business in China, there are significant advantages to doing business in renminbi.

The survey, which covered 700 companies in seven countries, showed that that companies that already settle in renminbi are saving money; are more optimistic about the future; and intend to extend their RMB activities.

The yuan is a relative newcomer to the global trade and investment system. By the end of 2012, just four years after China first experimented with limited trade settlement in renminbi, it had grown to account for some 12 per cent of China’s external trade settlement, or CNY2.9 trillion ($480bn), and we expect that to rise to 30 per cent by 2015, which would make it the world’s third largest trade currency.

The overwhelming enthusiasm of early adopters of renminbi -- on both sides of the transaction -- is a clear indication of the benefits they are reaping.

Despite the tough business environment around the world, more than half of existing RMB users expect their RMB cross-border business to expand this year, and that rises to almost three-quarters of when the time horizon is expanded to five years.

Existing users are also significantly more optimistic about future business growth in general. 60 per cent of RMB users said they expected their international business to grow this year, compared with 55 per cent of non-users. The difference was particularly pronounced in China itself, where 50 per cent of RMB users predicted a growth in their international business, 10 percentage points ahead of non-users.

Almost half the companies that use the RMB said reducing foreign exchange risk or costs was a driving factor, and over 30 per cent said greater convenience, greater access to the market and requests from trading partners had also played a significant role. The historic appreciation of the yuan has been a big draw: globally 31 per cent of companies that use RMB said it had played a part in their calculations.

And Chinese companies running their cross-border trade in yuan are making significant savings in transaction costs, and they are willing to share the gains. When companies in China were asked if they would be willing to offer price incentives to counterparties that agreed to use renminbi, 67 per cent of existing users said they would, compared to only 51 per cent of non-users.

It is notable that among the most enthusiastic early adopters of RMB settlement have been multinationals using it for intra-group trade, a process that allows them to see both sides of a transaction and gain a transparent view of the available benefits.

In the early days of renminbi internationalization, there were a number of bureaucratic and financial barriers that limited the attractiveness of the currency as a medium of settlement. But a cascade of regulatory changes over the past three years has made the process easier.

The PBoC has streamlined the bureaucracy, launched pilot schemes that broaden the available cross-border treasury management options, and encouraged the growth of an ever-deeper pool of offshore liquidity – now in excess of CNH1 trillion -- supported by an ever-expanding range of hedging and investment options that are becoming cheaper and more accessible.

China’s cabinet, the State Council, has re-iterated its commitment to further liberalisation of the yuan, calling for a timetable for full convertibility under the capital account, a move that will accelerate its integration with the global economy.

But today renminbi is still new and strange to much of the world. Old habits are proving hard to change, and a large portion of the potential market seems to be missing the new opportunities. The survey indicates that almost a third of companies have not fully considered the potential benefits of moving to renminbi invoicing: 61 per cent of Chinese companies said a major barrier to moving to RMB invoicing was the reluctance of their overseas counterparties.

The sheer size and dynamism of the Chinese economy will propel the yuan to its rightful position on the world stage, but as our research shows, it is the early adopters who are going to reap the biggest benefits.

<< Tax and Finance  < Price volatility signals the yuan is closer to becoming a global currency | RMB: Appreciation and reform not mutually exclusive >