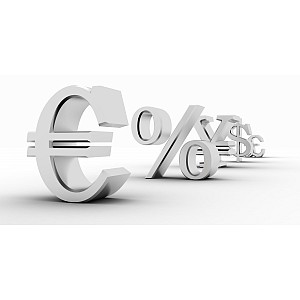 In 2010, China’s currency, the renminbi, picked up pace toward becoming a world currency. In June the Chinese government extended its renminbi trade settlement scheme to include 18 provinces and cities, as well as Guangdong province and Shanghai, which are now allowed to handle all international service transactions and imported goods’ purchases. Also, around 70,000 mainland-based entities were approved to settle deals in Chinese currency for their exported goods, up from just a few hundred before. If Hong Kong is any indication, these reforms seem set to greatly expand the renminbi’s international role.

Since this announcement, several events have further heightened the international profile of China’s currency:

November 2010: The Chinese government sells RMB 8 billion (USD 1.2 billion) of its sovereign debt to overseas investors, only its second such offering.

December 2010: Renminbi traded for the first time at Moscow’s MICEX after an inter-governmental agreement is reached in November.

Despite these developments, capital controls remain enough to confine China’s currency to a fairly limited role worldwide. The millions obtained through these bond issuances must still be approved by Chinese regulators before circulating in the mainland. Although Standard Chartered bank estimates that RMB 411 billion (USD 62 billion) was used to settle trade in 2010, this is mere pittance compared to China’s USD 2,973 billion in total trade for the year. Imports accounted for around 80% of this renminbi-settled trade, which leaves only 5% of China’s USD 1,578 billion worth of exports transacted with Chinese currency—this proportion most likely attributable to goods destined for Hong Kong for re-export.

It remains to be seen if the international momentum displayed by the renminbi will continue through 2011. Despite much progress, its widespread use internationally remains a more distant prospect.