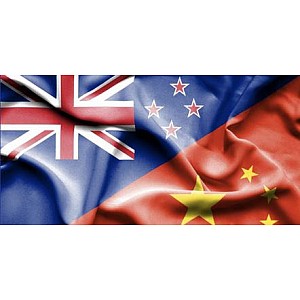 Damon Paling, former NZTE trade commissioner to China and now refreshed after a break on the Hauraki Gulf, shares his outlook for Kiwi exporters in China this year.

Through the end of 2019 two-way trade in goods and services between New Zealand and China comfortably exceeded NZD30 billion. Despite ongoing headwinds facing the Chinese economy, urbanisation, household incomes, and household consumption is increasing. To this end, Kiwi exporters can expect continued export growth in most sectors this year.   Exporters can also expect to see ratification of the upgraded bilateral Free Trade Agreement (FTA) that was signed off in Bangkok last November by Prime Minister Arden and Premier Li. The third edition of the Shanghai-based China International Import Expo (CIIE) will also take place, which creates an opportunity for exporters to engage with entrepreneurs from Tier 2/3/4 cities.

Overall consumption
In 2010, Beijing set a growth challenge to double GDP by the end of 2020. Achieving that would mean GDP growth of around six percent this year. One question is whether this can be achieved through a natural increase in domestic consumption or is supply-side infrastructure investment by Beijing required. Towards the end of 2019 economists were speaking of a 5.5 percent increase in GDP for 2020. For most Kiwi exporters, the core challenge is to engage with the 100 million or so Chinese consumers now earning more than USD30,000 per year.

Notwithstanding a slowing Chinese economy and the ongoing US-China trade negotiations, consumer retail spending likely rose by around eight percent in 2019, which bodes well for 2020. Chinese consumers are not drowning in debt and spending remains strong amongst the 20-30 year olds, which is favourable for those New Zealand exporters focusing on this demographic. Perhaps like their contemporaries in the West, some of the youth in China have given up on the dream of home ownership and are increasing their daily consumption as a result? To this end, younger middle-class consumers in Tier 1 and 2 cities are embracing healthy eating and healthy lifestyles, which opens up further commercial opportunities for a wide range of Kiwi food and beverage exporters.

Chinese long-haul outbound tourism should experience steady growth in 2020, which reflects the underyling demand for quality, adventurous, and unique personal experiences. The education sector is also expected to enjoy steady growth. Engagement by New Zealand exporters, particuarly those in the food and beverage sector, with these two communities is still important to building trust and brand awareness. This includes ensuring a good domestic product ranging in New Zealand supermarkets.

E-commerce
In 2020, this sales channel may well account for 25 percent of all retail and consumer spending and will continue to be dominated by Alibaba and JD, who collectively hold approximately 70 percent market share. Pinduoduo is making inroads with their base of consumers living in Tier 3/4/5 cities - although the appetite of their monthly active users for New Zealand F&B products is still unproven. Online shopping festivals, particuarly 6:18 and 11:11, will once again syphon up a large share of sales revenues. Realising a positive net margin via e-commerce will require well managed private traffic and expert use of CRM databases.

Requests by e-commerce platforms for ‘exclusive listings’ has been a challenge for New Zealand exporters, particualrly those operating exclusively in the cross-border e-commerce (CBEC) channel. The State Administration of Market Regulation (SAMR) in China currently has more than a dozen e-commerce enterprises under investigation for alleged violations against e-commerce and anti-monopoly laws. It is worth keeping one eye on how this story develops.

Social commerce platforms, such as Global Scanner, ABN, and Yunji, will feature more and more and this emerging sales channel should be treated with the same priority as any other key account. Enablers for success in social commerce include importation via General Trade, full-time Chinese talent in market, and attractive pricing.

Digital marketing
Consumer engagement via short format video has boomed over the past two years and there is no sign of this abating in 2020. Whilst Douyin (Tiktok) dominates in this space there are other several other platforms of a similar nature with expanded features to include social commerce. One challenge with Douyin is the demographic profile – predominantly consumers aged between 20-30 years – which may not be the target market of all New Zealand exporters. China’s population is ageing and life-expectancy is increasing, which opens up new opportunities in the dairy and wellness sectors. If these ageing consumers are not watching Douyin videos on their smartphones whilst commuting on the subway, could they be found watching television home shopping channels from the comfort of their living rooms?

As brand stories are further localised, Kiwi exporters may wish to explore how they connect with Chinese cultural heritage in their branding and packaging, without inadvertently triggering any cultural offence. Whilst people speak of Key Opinion Leader (KOL) fatigue, they continue to feature heavily across a range of product and service categories. Viya visited New Zealand in August 2019 and after five hours of live-streaming reported NZD30 million in sales. Further A-list KOLs may follow in early 2020. Meanwhile, the Key Opinion Consumer (KOC) is on the rise and evaluation of this option during planning meetings with digital agencies in China is worthwhile.

To effectively engage in marketing a long-run average spend of 15 percent of gross sales is likely required. The challenges therein include the split between trade spend and digital spend. Front of mind is deciding what not to do and short-listing those platforms and techniques that are likely to yield the best returns.

Retail renaissance
A weekend or evening stroll down Huai Hai Middle Road in Shanghai is an experience never to be missed. Traditional department stores and shopping malls aren’t like they used be. Offline shops are reinventing themselves to deliver offline experiences; the purchase of products or services happens via the simple scan of a QR code, which takes consumers from offline to online (O2O) with seamless payment via WeChat or Alipay through a smartphone.

A fragmented market coupled with the emphasis on the consumer experience and 'big data', means that mergers and acquisitions in retail will continue - although one caveat being restricted access to funding amidst tightened capital markets. New Zealand products are generally well ranged in the premium imported supermarket sector. An open question is can this cascade down to hypermarkets? Another open question is consumption upgrade in the convenience store sector. Historically, this channel has been dominated by domestic brands and came with prohibitively high listing fees. However, could a revamping of these convenience stores bring this channel within reach of some New Zealand exporters?

The supply of dairy, meat, and seafood into China's food service sector is strong. With some luck New Zealand food and beverage exporters, via their distributors/retailers, can also access the rapidly expanding food delivery channels Meituan and Ele.me. This sales channel is growing at more than 30 percent per year.

Operating a Wholly Foreign Owned Enterprise (WFOE)
Maintaining compliance will remain a cornerstone to success when trading in China. The fields that typically matter the most includes business ethics and governance, labour law, taxation, cyber-security, and relationships with the Chinese government. Priority areas for internal control are corruption during the procurement process; official and commercial bribery required to “get things done”; and agents, dealers or distributors who engage in bribery and internal fraud/embezzlement. Beijing’s roll out of China’s Social Credit System – both the Personal Social Credit System and the Corporate Social Credit System – will continue although most New Zealand companies should fly under the radar for the time being.

Not to be overlooked is negotiating with the local tax bureau for financial subsidies, particuarly when the WFOE is registered in strategically important areas such as the Greater Bay Area (GBA) - promoted as a source of economic growth. Any rebate of the local component of Corporate Income Tax (CIT) and /or Value Added Tax (VAT) is always welcomed.

A final word on National Standards
A horribly boring subject, yet always vital to fruitful product importation and retail. Expect updates to the National Standards (Guo Biao) as both Beijing and consumers advance their engagement with healther eating.  Management of Type-2 diabetes amongst the general population is a priority for central government as articulated in ‘Healthy China 2030’. For example, exporters may be asked to provide increased information to consumers on the glycemic index (GI). Routine regulatory updates on changes to National Standards can be obtained via subscription newsletters, third-party consultants, distributors or market managers.

Damon Paling is now an Auckland-based NZTE Beachheads Advisor for China.
This article was first published by ExporterToday.