China overtakes the US as top beef market 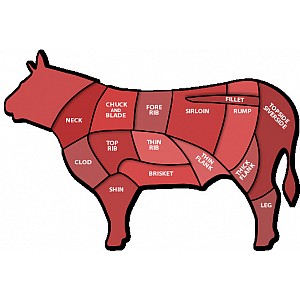 “In 2019, nearly half of the total value and quantity of beef exports were sent to China. Around a quarter were exported to the US, reversing the figures for 2018 when it was the top destination.”

The annual movements for both countries were quantity-driven. This was partly due to the strong demand from the Chinese market for alternative meat sources such as beef and lamb, after the African swine fever outbreak in China in 2019 affected pork production.

The average unit values of beef exports for the December 2019 year to China and the US both rose, by 12 percent and 15 percent, respectively.

“The total value of beef exports to overseas markets was up in 2019, with higher prices and greater volumes,” Mr Allan said.

“In 2018, annual imports rose faster than exports, due to a sharp rise in crude oil and other processed fuel imports from the previous year,” Mr Allan said.

Exports of dairy products and beef lead the rise in exports
The total value of goods exports for the December 2019 year rose $2.7 billion (4.7 percent) to $59.9 billion.

Other export commodities to rise in 2019 were preparations of milk, cereals, flour, and starch (a commodity group that includes infant formula), crude oil, fish, and fruit.

These rises in exports were offset by falls in liquified natural gas and forestry products.

China leads increase in exports
Of our main export markets, China had the largest increase in annual exports, up $2.9 billion (21 percent) from 2018.

Exports to China were the leading contributor to the annual increases in several primary sector export commodities in 2019, including dairy products, beef, lamb, fish, and fruit.

Exports to China have risen strongly in the last three years, and now make up 28 percent of the total value of exports (up from 24 percent a year earlier).

Consumption goods (products imported for consumption such as electrical goods and retail medicines) led the rise, up $804 million on 2018.

Intermediate goods (goods used as inputs to create other goods and services) were little changed in 2019, up 0.9 percent ($245 million) to $27.5 billion. An increase in parts and accessories of transport equipment (such as aircraft parts) was partly offset by falls in crude oil, and processed fuels such as jet fuel and diesel.

Capital goods (products used to produce other goods and services) were little changed in 2019, at $13.6 billion, with a rise in machinery and plant offset by a fall in industrial transport equipment (aircraft and other vehicles).