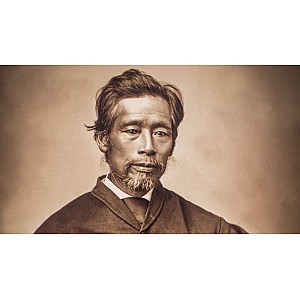 A photograph of the first Chinese New Zealander is catching the eye of his descendents almost a hundred years after his death.

Appo Hocton's picture  is part of the "Being Chinese in Aotearoa: A Photographic Journey" exhibition at the Wellington Portrait Gallery.

Wellington-born Graeme Inwood is Hocton's great great grandson, and is proud to see his heritage showcased in the exhibition.

Hocton arrived in Nelson in 1842 as Wong Ah Poo Hoc Ting, a ship's boy aboard the Thomas Harrison, but when the ship left, he didn't go with it.

Inwood's family believed the ship's surgeon, Thomas Renwick, after whom the region in Nelson is named, paid Hocton's desertion fine before taking him on as a house boy.

Hocton married the daughter of an English couple on the ship, and had three children - one who died young in a hunting accident.

By the turn of the millennium Hocton had 1600 living descendents throughout the country.

Despite being an expert on the subject now, Inwood didn't grow up hearing about Hocton or his heritage.

As a child he was told he had an "Asian aspect to his heritage", but his parents grew up in a time when people were reluctant to take ownership of it.

"My grandparents, who still lived in Nelson, told me they were neighbours of Rutherford but not the stuff that mattered."

As information became widely available on the internet, Inwood began researching his heritage.

While driving down Waterloo Quay, the by-now familiar face of Hocton looking out of the poster on the side of the gallery prompted Inwood to get in touch with the gallery.

Otherwise "everybody dies and stories disappear".

The Hocton name had now died out completely.

The mish-mash of cultural backgrounds was inherently Kiwi, Inwood said. "If you dig back, nobody's straightforward."

The exhibition was the product of 15 years of study by curator Phoebe Li on Chinese immigrants.

In conjunction with photographic historian John B Turner, Li put together a narrative of what it was to be Chinese in New Zealand.

The photographs were chosen both for their historical value, and aesthetic merit.

Li had looked at more than 10,000 photographs, and the final exhibition contained a little more than 100.

Seeing the photographs on the walls, and especially the reactions from relatives of Hocton, was "such a rewarding result", she said.

Li saw her research as opening up channels to people's history. "Everybody came from somewhere."

By Kate Green, Stuff
This article was first published by Stuff.