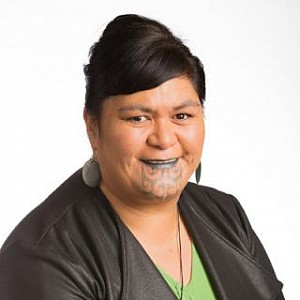 Introduction
•    I am delighted to be in attendance here today and warmly welcome the Chinese delegation to Aotearoa.
•    It certainly looks to be an exciting programme planned over the next week, enabling a rich exchange of culture and learning between our two peoples.

Ngai Tahu and the close connection with Pounamu
•    At the heart of the programme is pounamu, or jade – which has a strong spiritual connection for both the Māori and Chinese people.
•    For Ngai Tahu pounamu has been a source of trade and of war, and as a symbol of rangatiratānga. It has been formed into toki and mere and for adornment. It is a source of mana, a source of mauri and is tapu – its value far exceeds mere economic measure.
•    This connection is so deep that each pounamu type is given an identity that corresponds to the world around us – be it fish, plants, birds, or places.
•    I am sure that this will resonate for our visitors from China, whose connection with jade goes back thousands of years.

Institute/ Jobs/employment
•    I am particularly heartened to hear about the proposed jade/pounamu carving institute which will provide education and training services via renowned New Zealand Māori carvers of pounamu and Chinese master carvers of jade.
•    I understand that in China attaining the status of a Master Carver can only be achieved after many years of dedication to the craft and that the body of knowledge gained through this time, is captured not only through their work but also in a written compilation or textbook. A real testament to attaining “Master Carver” status recognised by the Chinese state.
•    Once opened the carving institute will be a centre of excellence. Students will have the opportunity to learn from Master Carvers and to see pounamu in situ and learn local lore and values associated with pounamu.
•    And of course with a view of producing graduates able to produce carvings to a Master Carver level which was previously unattainable in Aotearoa.
•    Carving to such a level moves product development into art; such high value products will enhance the mana, mauri and tapu of the pounamu and be held in high esteem by both Ngāi Tahu and potential owners of such art works.
•    It will also enable our young people to move into highly skilled jobs, because this is where the future of the Māori economy lies.
•    Achieving good quality jobs for our young people is a huge issue that we are working hard on as a Government.
•    What we know is that although we have a young, vibrant and culturally (and digitally!) connected population, enabling engagement in education and moving our young people into careers that mean something is still a challenge.
•    As part of the Government’s response to youth unemployment more broadly, we are working on an employment strategy, and programmes like He Poutama Rangatahi, which are community led regional programmes to support young people into jobs.  We are also developing a skills strategy that will inform investment into the Provincial Growth Fund, to ensure that rangatahi in the regions are able to get jobs and benefit from complementary skills training and support.
•    The other aspect of this initiative that is dear to my heart is the international element.

China and New Zealand Free Trade Agreement
•    Of course, as many of you know, on the first of October, it will be ten years since the signing of the China – New Zealand Free Trade Agreement.
•    This agreement has been a success story for both countries. Goods exports to China have quadrupled since the agreement was signed and China is now New Zealand’s largest trading partner, with two-way trade valued at over NZ$27 billion in 2018.
•    In addition, the two countries have agreed to upgrade the FTA and negotiations are continuing.
•    Māori have significant and proactive business interests in China with dairy, meat, seafood, forestry and tourism being key exports.
•    There have been a number of Māori trade missions to promote business and cultural connection, which have led to a number of highly successful Māori-Chinese business partnerships – including the agreement between Miraka and Shanghai Pengxin (SP). In February 2017, there was a Taniwha Dragon Economic Summit, to showcase a number of these partnerships.
•    The collaboration between the parties here today is yet another great example of how China and New Zealand collaborating can be of significant mutual advantage, and how Māori can lead the way to a shift in higher value products and services.
•    Opportunities such as this one also create the chance to deepen the connections between us and share our culture and our tikanga .
•    Like China, our cultural values shape and influence all that we do, whānau, whakapapa, whenua all shape and influence our economy and create a unique feature of the New Zealand economy that we know has potential to grow.
•    The intergenerational focus of Māori collectives create a broader focus on outcomes that contribute to the social, environmental and economic wellbeing of not only Māori communities, but the whole economy.  I sense that is also an important aspect of your work.
•    My future vision is to work with Māori business to create more examples of the dragon and taniwha working more closely tighter to build deep long term relationships that benefit us all.

Broader Economic and Trade Strategy
•    Of course, trade with China is part of the Government’s future vision to shift to an economy that produces and exports higher value goods, and one that makes sure that all New Zealanders share in the rewards of economic growth.
•    The Māori economy is an important part of that – which is why as part of the Government’s Trade for All agenda, we are working to bring Māori and trade policy closer together.
•    This will support Māori to define appropriate business and ownership models that balance the principles of kaitiakitanga  and collective ownership with the freedom to operate commercially to generate revenues. With their authentication process, for pounamu, Ngai Tahu have created a sound model in this regard.
•    In thinking about these issues, I know we have much to learn from our Chinese guests who have been able to create market value while at the same time, preserve the dignity of the culture, history and artistry associated with carving Jade.
•    Two days ago, I was at a conference on Māori intellectual property where these very issues were discussed.
•    The questions we are asking ourselves were:
o    How should mātauranga Māori be protected and used in today’s world?
o    How do we enable international trade alongside obligations to safeguard indigenous knowledge in maintaining the biodiversity of Plant Earth?
o    How do we ensure that our culture is not misappropriated?
o    What role should the Crown play? What role do Māori play?
•    We do not have all the answers yet to these questions yet, but this Government is keen to support Māori in those discussions.
•    In addition to considering how we can support Māori to leverage off of their IP on their own terms, we are also working to enable connections between Māori and international communities, to enable cross fertilisation of ideas, improve access to international markets and provide opportunities for culture to culture trade and investment.
•    Tourism is a particular area where there is great potential for New Zealand and China to collaborate.

Tourism
•    Tourism is our country’s biggest export industry, contributing 21 percent of New Zealand’s foreign exchange earnings – earning around $34 billion to the country’s economy every year.
•    Our tourism industry continues to grow, directly and indirectly employing 14.5 percent of our workforce in Aotearoa.
•    While it is hard to ring-fence the economic value of Māori tourism we do know there are some indigenous rock-stars in the industry, with Ngai Tahu being a prime example.
•    Ngai Tahu Tourism are the largest tourism operator on the West Coast with a world class experience provided at Franz Josef, as well as their superb tourism products elsewhere in New Zealand.
•    Te Rūnanga o Ngāti Waewae are a driver for tourism on the West Coast, with a soon to be launched Tai Poutini Māori Tourism Strategy that provides a roadmap to guide the development of the Māori tourism product on the West Coast.
•    A recent report showed that while we welcome three-million tourists to our shores every year, 54% of them report have had a unique Māori experience.
•    Alongside this has been a proliferation of small to medium Māori tourism enterprises – many of which start of small and are initiated by whānau or family groups.
•    The Tai Poutini Māori Tourism Strategy seeks to strengthen and grow Māori tourism on the West Coast, to enhance Māori culture and identity and their interaction with visitors to our shores.

Final Remarks
•    Once again, I commend you on your endeavours, and look forward to hearing about your progress.
•    I encourage the Chinese delegation to enjoy the full range of local experiences that the team has organised for you.
•    Wānangahia. Tautohetohea. Whakaarohia whānuitia.
•    And to the Chinese delegation - fei chang gan xie –
•    Tena koutou katoa!