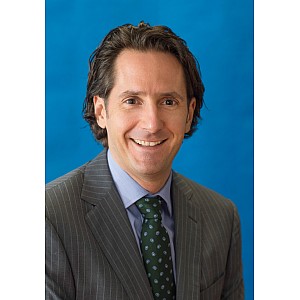 Trade war tensions with the US have sparked concerns that China's economy is slowing with serious repercussions for New Zealand and Australia.

China's share markets have been some of the worst performers in the world this year.

"You have two drivers of the slowdown, the external side and infrastructure demand," Neumann said.

If the trade war with the US escalates with further tariffs it will add more pressure and could mean China misses its GDP growth target of 6.8 per cent.

But Hong Kong based Neumann, who was in New Zealand last week, said he believes the growth of China's domestic economy will provide a buffer from trade fallout – and that's good news for New Zealand exporters.

Beijing had already started making moves to stimulate its economy and had plenty of capacity to do more, he said.

Neumann said he believed some commentary had overplayed China's vulnerability to US tariffs.

"The China economy is actually quite closed, it's a continental economy. The share of GDP and exports going to the US is only about two per cent at most, half what it was a decade ago" he said.

"China's dependence on the US market has declined and is now lower than Japan's."

The tariffs would still have an impact but even if they were imposed on all US exports (as US President Donald Trump has threatened) it would not be catastrophic.

As part of a concerted policy push over the past decade China had rebalanced the economy "quite successfully" from external demand to domestic demand, Neumann said.

"Now the challenge is to move from investment to consumption and that's still underway so even though consumption has improved investment still plays a large role."

In fact you could make the case that rising US interest rates still represented more of a challenge to China's economy than the trade war, he said.

"Asia has built up a lot of debt in the last couple of years, not just China."

So they did have to be careful not to inject too much more liquidity at a time when rates were rising.

"There are signs of investment slowing but we don't detect a slowdown in consumption."

Demographic trends should also be heartening for New Zealand exporters.

"The size of the middle-class is getting larger and larger, people have more discretionary spending. They like to spend it on higher quality foods and that's where New Zealand comes in, its got the right product mix."