Made in China 2025; China’s Industrial Vision and New Zealand 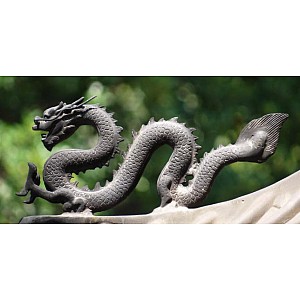 Executive Summary:
The Made in China 2025 (MIC2025) initiative is a state-led plan to comprehensively upgrade manufacturing in China by 2025 in line with the guiding principles of the 13th Five-Year Plan. It encompasses the top ten key strategic industries that the government believes could most benefit from improvements to productivity, national security and environmental sustainability.

The Chinese government instituted MIC2025 to increase labour productivity in manufacturing, limit the growth of debt in state-owned industries (115% of GDP in May 2017) and develop domestic capabilities in strategic sectors where technology must presently be imported (e.g. food, energy, semiconductors and pharmaceuticals).

The potential rewards for successfully implementing MIC2025 are significant for Chinese industry and government. Enabling state-owned enterprises (SOEs) to be globally influential innovators and manufacturers will boost domestic productivity, create new global Chinese brands and contribute to a shift in a technological balance of power from Western countries to China.

MIC2025 poses multiple risks to the Chinese government. Firstly, the risk of severe social unrest resulting from massive job-losses (1.8m job losses in 2016 in the coal and steel industries) entailed by boosting productivity at SOEs. Secondly, the negative international reaction (particularly from the US) risks damaging China’s global trade relations and causing WTO lawsuits for many years to come. Finally, the government risks harming domestic innovation in private companies (such as Alibaba and Tencent) by unfairly subsidising SOEs.

The international community has had a generally negative reaction to MIC2025. The US Government is vehemently opposed to the plan citing the anti-competitive nature of state-sponsored R&D, specifically in sectors where US companies presently have global market dominance. EU governments have expressed muted reactions to MIC2025 though the union’s industry bodies believe countries such as Germany with a high dependence on high-tech manufacturing for GDP contribution have most to risk from the plan. These industry bodies have criticised the Chinese government for encouraging its SOEs to acquire European companies to gain access to critical manufacturing IP. The foreign business community in China has publically expressed support for the plan, but is privately wary of foreign products and technologies losing market share as a direct result of Chinese innovation.

The New Zealand economy depends on manufacturing for 12.5% of its GDP according to Ministry of Business, Innovation and Employment, of which one quarter is considered high-tech. Consequently, the country does not stand to be severely negatively impacted by MIC2025 (as compared to the US or Germany). Conversely, China is likely to increase imports of commodities deemed environmentally unsustainable (when produced in China) such as dairy and timber. To reap the longer-term benefits of the MIC2025 initiative New Zealand companies should look for opportunities to develop IP in collaboration with Chinese companies while exercising appropriate caution and due-diligence. New Zealand should also be aware of up-and-coming Chinese brands in the MIC2025 key sectors looking to export high-tech equipment supplanting existing suppliers from New Zealand’s traditional partner countries. Finally, the New Zealand government should be cautious when engaging with MIC2025 at a national level as this could potentially cause controversy with its traditional partner countries including the EU, US and Australia.