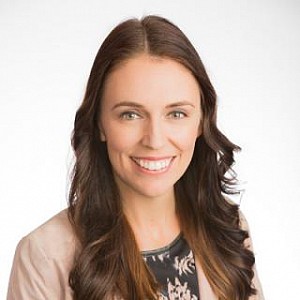 The fourth iteration of the summit explored and tackled the big issues as the ties between New Zealand and China become deeper than ever before.

The Summit attracted a strong array of insightful speakers and set an agenda for discussion on the vital opportunities, challenges, and on-going changes in the China market.

Thank you Fran for your invitation to be here today.

I’m delighted to see such a wide range of speakers and participants, reflecting the depth and breadth of engagement between New Zealand and China’s business communities.

Thank you for being part of this important discussion today.

What I would like to do this morning is outline my view of the New Zealand-China relationship, and to touch on some of the things my government is doing that will directly enhance the success of your business with China.

Last year New Zealand and China celebrated the 45th anniversary of our formal diplomatic relationship.  New Zealand officially recognised the People’s Republic of China in December 1972, and instituted our One China policy, which remains firmly in place today.

There were no direct air flights in those days. And New Zealand’s total trade with China was just $1.7 million.

We have come a long way since then.

China and New Zealand now enjoy a Comprehensive Strategic Partnership, with regular contact at the highest political levels.  Our trade and economic relationship has grown exponentially to the benefit of both countries, and cultural and people-to-people links are flourishing.

I was very pleased to meet President Xi Jinping at APEC in November last year and to have my first formal meeting with Premier Li Keqiang in the margins of the East Asia Summit in Manila.  Premier Li and I re-committed both our governments to maintaining the relationship in the best shape possible.

As new ministers settle into their portfolios in China and in New Zealand, the tempo of engagement is picking up quickly, starting, appropriately enough, with the Minister of Foreign Affairs who will make an official visit to Beijing in the near future.

I told Premier Li in our meeting that I was very much looking forward to visiting China later this year and hoped he and President Xi would visit us again as soon as they had an opportunity.

I am especially looking forward to seeing our new embassy in Beijing.  This will be a bold new symbol of our commitment to the relationship, and a great platform for New Zealand companies to further strengthen their commercial relationships with China’s business community.

This year marks a decade since the previous Labour Government signed the FTA with China.  I am sure that the Minister for Trade and Export Growth will have something to say about this shortly.  I don’t want to steal his thunder.  But let me just recognize that the FTA has been an unprecedented success for both countries, and enormously beneficial for New Zealand.

China has become our largest export destination, our leading source of tourists after Australia, and represents the largest number of overseas students.  I am very pleased that next year will be the China-New Zealand Year of Tourism.

But we must keep looking forward too and are now exploring new fields of cooperation in agritech, science and technology, TV and movies, and even wine making.  I expect to see this trend continue into the future.

Regional Cooperation
China’s global influence has grown along with its economic importance.

President Xi Jinping told the world in Davos last year that China would continue to work to protect the rules-based international order and play a stronger role in advocating for economic globalisation and open markets.  New Zealand has welcomed China’s interest in greater engagement on international issues, in accordance with existing regional norms.

We will look to cooperate with China to promote regional stability and development, consistent with New Zealand values of openness, transparency and the rule of law.  We were quite deliberately a founding member of the Asian Infrastructure Investment Bank – a Chinese initiative and another first in our relationship.

The Belt and Road Initiative is a priority for China.  New Zealand is considering areas we want to engage in the initiative, and other areas where we will be interested observers.

China’s leadership on climate change will add momentum to our collective efforts.  Given its potentially significant impact on our region, New Zealand and China have partnered bilaterally and multilaterally to combat climate change.  We have agreed an action plan, and the Minister for Climate Change will travel to Beijing in July for our second ministerial Climate Change dialogue.

New Zealand Values
This brings me back to something that this government has placed front and centre of its agenda – our values, and by extension our reputation.

Chinese consumers trust us to provide high-quality education, world-class tourism experiences, and the safest and purest food products.  This is our hard-earned reputation.  But it is also a vulnerable asset.

I want us to take the New Zealand brand beyond a slogan and make it real.  This is why my government is placing such an emphasis on our core values, like on environmental and climate change issues.  Whether you are providing New Zealand services or products, this can only benefit your business.

When I was in France last month I spoke to students about their hopes for the future.  They wanted to know what New Zealand was doing about climate change.

A generational change has taken place and there is an expectation that New Zealand will lead the way with climate change.  These young people were already keenly aware of our reputation for leadership in women's suffrage and social issues and our principled stance in the UN on whaling and nuclear weapons.

Goldman Sachs has referred to Chinese millennials as “the single most important demographic on the planet today”.  These are the opinion leaders of tomorrow and New Zealand’s future partners and market.

Our reputation in this regard is a central pillar of our economic relationship with China – and it will be an important factor in the growth of your business.

Managing Differences
Naturally, there are areas where we do not see eye to eye with China.  This is normal and to be expected with any country, especially where we have different histories and different political systems.

As I have said before, New Zealand and China can and do discuss issues where we have different perspectives.  We can do this because we have a strong and a mature relationship - a relationship built on mutual respect; and a relationship that is resilient enough for us to raise differences of view, in a respectful way.

This is a sign of the strength and maturity of our relationship.

This is about taking a consistent approach on the issues and principles that matter to us as a country.

Our reputation as a leader on environmental issues; as a fair player internationally; as a defender of the international rules-based system, a system which privileges state sovereignty and dispute settlement on the basis of diplomacy and dialogue, is fundamental to who we are as a nation and as a society.

Our positions on international issues, on questions of regional security, combatting climate change or promoting a new generation of progressive and inclusive free trade, are based on well-established principles, expressed consistently and respectfully.

The Budget
This is a big week for my government in terms of signalling our intentions in many areas. I know businesses like yours will be watching our first Budget closely and so you should.

The Budget I hasten to add will contain no big surprises, some might even call it boring. But what it will underline is this Government’s commitment to enabling a stronger and fairer economy, to being fiscally responsible and to providing certainty.

We have a clear focus on sustainable economic development, supporting regional economies, increasing exports, lifting wages, and fairly sharing the dividends of growth to improve the living standards and wellbeing of all New Zealanders.

In achieving that, we will also live within our means. You will have seen Finance Minister Grant Robertson pledging recently to continue reducing debt as a percentage of GDP and to deliver a sustainable operating surplus. But we will not generate an artificial surplus by underfunding essential areas.

We are committed to rebuilding the critical social and physical infrastructure in New Zealand. This Government will prioritise investments to address the long-term challenges facing this country.

We will take concrete action to deal with the issues of failing infrastructure, such as our hospitals and schools, and our congested roads. We will improve access to essential services like health and housing.

We want to ensure that the next generations of New Zealanders are in a good position to live full lives, and to adapt to the challenges we will face in the workplace from new technologies.

Thursday’s Budget will show how we are balancing the various needs of today with the need to plan for the future.

All this requires energy and fresh thinking. And we can’t do it all in one Budget, but Thursday will be about laying the foundations for a better future as we transform the New Zealand economy into one that is more productive, more sustainable and more inclusive.

Conclusion
Let me wrap up with a final comment and also an invitation.

The China-New Zealand relationship is in great shape.  Politically we are in close touch.  Economically we are doing great things together.  And our people-to-people links are growing day by day.  In fact, given our size difference and the geographical distance between us, we really have led the world in many ways by developing a relationship that brings great benefit to both sides.

But it’s not enough just for me to say this.  It will take continued perseverance on both sides for it to continue.

Your discussions today and the business relationships you forge are going to be critical.  I encourage you all, therefore, to make the most of this superb opportunity to continue to share your expertise, your experience, and your enthusiasm.

Thank you again for the invitation to be here today.
谢谢 xiexie