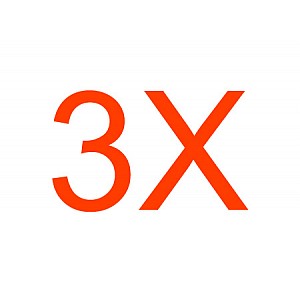 New Zealand’s two-way trade with China increased more than three-fold in the past decade, Stats NZ said today. It climbed from $8.6 billion in 2007 to $26.1 billion in the December 2017 calendar year.

Two-way trade is the total value of goods and services imported and exported between two countries. China narrowly shifted above Australia as New Zealand’s largest trading partner for goods and services in the December 2017 year. October 2018 will mark the 10-year anniversary of the New Zealand–China free trade agreement coming in to force.

The main contributor to the trade surplus was the increase in exports of milk powder, butter, and cheese to China – which was up $1.4 billion (52 percent) in 2017 to $4.1 billion. In 2017 New Zealand had its highest level of dairy product exports to China since the record-high dairy prices of 2013/14. This increased our overall trade surplus with China to the highest level since 2014.

Logs and wood were the second-largest commodity exported to China, reaching a record high of $2.5 billion, $516 million higher than in the December 2016 year.

New Zealand’s exports of services to China were also a large contributor to our overall trade surplus, with the $2.5 billion in travel exports (spending by visitors and students from China in New Zealand) being the largest service type. Travel exports to China were relatively steady over the December 2017 year, with a small drop of $26 million.

In contrast, New Zealand had a $4.4 billion goods and services trade deficit with the European Union (EU) for the year ended December 2017, mostly due to the increased value of cars we imported from the region.

Spending by EU visitors in New Zealand (other personal travel) is our top export to the EU – this has almost doubled in the past five years, reflecting more visitors from the region over the period.

Overall, the trade balance between New Zealand and all trading partners was a surplus of $4.2 billion for the December 2017 year. This means New Zealand earned $4.2 billion more from its exports of goods and services than we spent on our imports.