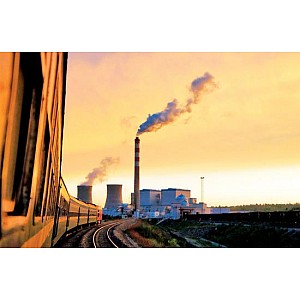 Lively debate has exploded in recent weeks among economists, commentators, and netizens over how to revitalize China’s struggling Northeast. The region, often compared to the Rust Belt in the US thanks to its industrial focus and decline, has encountered obstacles in reinvigorating its economy and retaining talent. Although several startups and innovative industries have emerged in the Northeast, the economic situation still does not look promising.

The Northeast region, known as Dongbei in Chinese, consists of three provinces: Liaoning, Jilin, and Heilongjiang, which neighbor Russia and North Korea. The region has rich natural resources, vast forest areas, and fertile soil for agriculture. However, it is experiencing an exodus of young talent and professionals, an economic slowdown, a decline in investment, and an aging population.

Despite the economic problems, pockets of optimism remain. China’s State Council has pledged to revive the Northeast’s economy by 2020, according to the 13th Five Year Plan that came out last year. Provincial and municipal governments in the Northeast have also laid out plans to attract talent back and develop innovative industries.

Foreign companies that are interested in doing business in the Northeast or foreigners who are seeking job opportunities in China should be aware of business and work incentives in China’s Rust Belt. Those who make best use of government incentives might capture unexpected opportunities.

Economic problems in China’s Rust Belt
The Rust Belt’s economy depends heavily on “old” manufacturing. In the 1980s, the Northeast was China’s old industrial heartland, where the government established large state-owned heavy industries, such as steel, energy, and automobile.

As China’s economy opened up in the 1990s and became increasingly market-oriented, state-owned enterprises (SOEs) in the Northeastfell behind new enterprises in the south that benefited from preferential government policies and trade. Most of these SOEs now incur huge debt and struggle to restructure, thus becoming “zombie” companies.

The exodus of talent also started in the 1990s when jobs in the Northeast lost competitiveness to those along the eastern coastal lines and in the south. Numerous management-level employees and skilled talent migrated to the south for job and business opportunities. Later, less-skilled migrant workers also began to leave the Northeast to find jobs in other regions.

Over the past decade, around one million people have left the Northeast for work elsewhere. The reasons are manifold. Cumbersome manufacturing SOEs have cut back on recruitment, while inefficient bureaucracy and lack of innovation in the Northeast continues to create a bad business environment and a weak market that hinder private company growth.

The Rust Belt presents a difficult task for the government. Talent and business environment rely on each other. Without talent, new industries lack human capital to succeed. On the other hand, talent would be reluctant to seek jobs in a bleak business environment.

However, the Chinese government has not lost hope on the Northeast. Governments on all levels have unfolded a variety of policies to save the Rust Belt, though the effect has yet to been felt in the region..

Government incentives for businesses and talent
To develop a more diverse and innovative industrial portfolio for China’s Rust Belt, the Chinese government has laid out ambitious blueprints that aim to create a better business environment and attract talent. National and local governments have issued various work incentive policies for talent at home and abroad as several economists have highlighted the important role of human resources for the economic transformation of the Northeast.

In an announcement on foreign direct investment last month, the State Council specifically called attention to the Northeast region. It highlighted that China will encourage foreigners to invest in the Northeast and will support development of infrastructure and platforms to attract new capital to the region.

Liaoning is attempting to lead the three Rust Belt provinces in developing a business environment that meets international standards. The government of Liaoning has opened several modern manufacturing industrial parks in Shenyang, the capital city of Liaoning.

In late 2015, the government opened the China-Germany Equipment Manufacturing Industrial Park in Shenyang to attract production of robotics and other high-end equipment. The industrial park falls under the central government’s broader plan of “Made in China 2025“, which aims to develop a more efficient, innovative, and environmentally friendly manufacturing industry by 2025.

Governments also hope to boost the startup scene in the Northeast. The municipal government of Shenyang offered US$70,000 subsidies in cash to startup incubator Phoenix Valley. In Heilongjiang, college graduates who start their own companies, depending on the type of business, can enjoy tax breaks up to three years.

The three Northeast provinces issued various work incentives to show how much they value talent, especially those with desired technical expertise. Liaoning province announced in August this year that it would develop a special “talent zone” in Shenyang to attract expats to work in the region.

Professionals in the Northeast can also enjoy low rent and government subsidies for housing. In Dalian, the municipal government offers professionals rent subsidies and purchase subsidies, in addition to 965 free “talent apartments” arranged for domestic and foreign talent.

Heilongjiang and Jilin province have also developed talent zones along the same line. In its talent policies released in 2015, the government of Heilongjiang encourages companies to offer rent subsidies to their employees or provide a five-year pass for free apartment in the talent zone.

Implications for foreign investors and expats
Although China’s Rust Belt suffers from economic decline and loss of talent, the region is trying its best to bring talent back, improve the business environment, and transform the economic structure. Led by Liaoning, governments on all levels have rolled out plans aiming to incentivize talent to work and start their business in the Northeast.

Foreign companies that specialize in manufacturing of automobile or other equipment can keep the Northeast as an option when setting up factories in China. Companies should look into government initiatives and incentives, which might differ from location to location, and evaluate their impact. In addition, small startups or companies in high-tech industries will likely receive subsidies and support.

Foreign professionals who want to start a career in China or are interested in different job opportunities within China should have the northeast region on their radar. The overall economic climate should not hinder talent from assessing the work benefits available in the Northeast. Talent with technical skills, such as expertise in information technology, biotechnology, and green technology, will be an asset to the region and might receive special rewards.

Although some of the policies are still vague, investors and professionals can expect more details and guidelines on implementation coming out in the future. The recent policy debate should inspire a greater degree of urgency.

Foreign companies and professionals should keep their options open and consider both the economic situation and government’s policies in the Northeast when they want to choose a location for businesses or careers.

About Us
China Briefing is published by Asia Briefing, a subsidiary of Dezan Shira & Associates. We produce material for foreign investors throughout Asia, including ASEAN, India, Indonesia, Russia, the Silk Road, and Vietnam. For editorial matters please contact us here, and for a complimentary subscription to our products, please click here.
Dezan Shira & Associates is a full service practice in China, providing business intelligence, due diligence, legal, tax, IT, HR, payroll, and advisory services throughout the China and Asian region. For assistance with China business issues or investments into China, please contact us at china@dezshira.com or visit us at www.dezshira.com