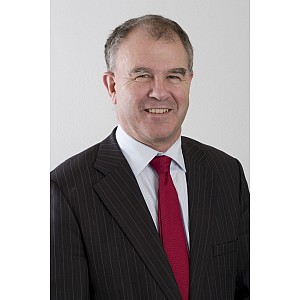 New Zealand and China had a wide variety of exchanges in almost every conceivable area in 2016, said New Zealand’s Ambassador to China John McKinnon.

In a recent interview with Xinhuanet, the ambassador said he expects the trend of extensive bilateral cooperation to continue this year and beyond.

He told Xinhuanet he was impressed by China’s remarkable achievements in economic development, saying the demand from China and the continuing growth of China’s economy have been very significant parts of New Zealand’s maintaining economic balance.

He also valued China’s role in global governance and saw the Belt and Road Initiative as “a very ambitious initiative with a very large footprint.”

“From our perspective, I think it’s a statement about China wanting to engage with different parts of the world, especially in Central Asia, the countries around the Indian Ocean," he said.

The ambassador is invited to the first International Cooperation Summit Forum on the Belt and Road Initiative in Beijing in May.

He said he wanted to hear more about what China has to say about the Initiative, and what other countries are saying, which could be relevant to New Zealand’s experience.

He also looked forward to enhancing cooperation in environmental protection between New Zealand and China.

“Although the economic and environmental circumstances in the two countries are very different, there are actually places in which we can have a productive conversation,” said the ambassador.

He recalled the first ministerial-level climate change dialogue a few weeks ago between China and New Zealand.

The attending parties discussed climate change, its impacts on China and New Zealand and the different ways the two countries can use to mitigate those effects or to deal with them, he noted.

The ambassador spoke highly of the education exchanges and tourism development between the two countries.

China is now New Zealand’s largest source of overseas students. Chinese students in New Zealand will not only “get a good education, but it also would be a safe environment, one with many interesting activities outside the classroom,” he said.

He also stressed the notable increase in the number of Chinese tourists going to New Zealand in 2016, which was upwards of about 400,000.

Xinhuanet, Beijing
This article was first published on Xinhua
http://english.cctv.com/2017/03/14/ARTIgbc67tDklgWAqIfVgVWj170314.shtml