Doing business in China - about relationships and subtleties 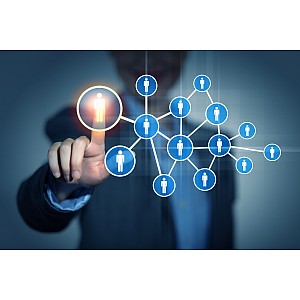 New Zealand company director Annie Govan says two things are absolutely essential to doing business in China – building relationships and understanding the many subtleties that come with the Chinese culture.

Actively involved in several business streams with China, a few years ago she and husband Bert Govan founded Challenge Steel – a company which has quickly risen to become one of New Zealand’s largest importers of fabricated structural steel.

As the company’s ‘international director’ the Chinese-born mother of two says Challenge Steel’s success can be more attributed to building on its strong relationships in China than breaking into the New Zealand construction market.

“Bert has been doing business in China for about 20 years and I was brought up there, so we inherently understand and respect the business environment – an environment that has many potential pitfalls for those who don’t do their homework,” she says.

Challenge Steel had its genesis in the Christchurch earthquakes, when the Canterbury-based Govans flew to China in the search for emergency housing alternatives. What they returned with was a budding relationship with the Shangdong Iron & Steel Group (Shan Steel) – a wholly state-owned steel conglomerate and one of China’s largest steel makers and fabricators.

As international director, Annie Govan has since been assigned the task of maintaining that all important supplier relationship for Challenge Steel.

“As you can imagine Shan Steel is a massive entity with staff coming and going all the time. I am constantly reaching out to them, networking, and building and maintaining the trust. It’s also important to keep pushing up that ladder of management hierarchy - to engage with the most senior people possible.”

Mrs Govan says while in New Zealand a lot of the inter-business relationships are relatively low maintenance, doing business in China puts the relationship at centre stage.

“In New Zealand business you can probably get away with not knowing much about the other person’s background and personal circumstances but in China it pays to understand, even study up on, who exactly you’re doing business with.”

“You could bring in a professor of languages to translate Mandarin and English word for word, but you’d miss many of the cultural subtleties along the way. A translator must also reflect and filter a Chinese person’s upbringing, education, political beliefs, social and professional status. It’s a minefield but if you don’t get it right, it can cause misunderstanding and even conflict. In China it’s not about a literal translation, it’s a cultural transfer of information so a translator with good local knowledge and emotional intelligence is essential.”

Annie Govan says for most New Zealand business-people a contract is everything, but in China that is only part of the deal.

“They have to trust you and like to deal with you. In China you can’t just walk in off the street and have them sign a contract. Nor do they want bullet points emailed to them. They do things face to face. It’s about establishing a solid relationship-based foundation before the building blocks of business can be added.

“You have to gradually work your way into people’s wider circle of influence, perhaps by knowing people they know, and then work on building a relationship and the elements of trust. It’s been that way for 1,000 years and it’s not changing any time soon!”

“I suppose the New Zealand term is probably ‘reference’ but the Chinese take this to the next level. References are never given lightly, but are carefully considered and reflect one’s business track-record and reputation. If you give a reference, you’re like a match-maker, so you’ll always remain somewhat part of the newly established relationship going forward. Being effectively ‘bonded’ acts almost as an insurance for the other Chinese business person embarking on the new relationship that you helped establish.

She says Kiwis often make the mistake of thinking one visit will do it, but adds that securing an enduring business relationship in China typically takes repeated visits with demonstrable commitment, so people should be prepared to invest a lot of time and personal energy upfront. She says in China, business negotiations are ongoing and a deal can never be viewed as totally done.

“Today’s Chinese businessperson is of course keen to do business but you need to be prepared for them to at some stage diminish you or your product somewhat. Here in New Zealand we’d probably view any such resistance or negativity as disinterest or even disrespect.

“However, in China such a reaction is a purely cultural thing, and more often than not they actually do want to do business, but they want to also get the best deal so it’s all about dominating the flow of discussions. You certainly shouldn’t get discouraged by such a reaction. You need a thick skin and Chinese businesspeople respect those who show they have one!”

Annie Govan says as someone who often plays translator on company business trips she often finds herself in the middle and playing the negotiator to identify the outstanding issues and to land on some middle ground acceptable to both parties.

She says as well as making sure you know and understand who you are doing business with, making a genuine effort to understand and embrace the Chinese culture and taking a personal interest in people will help to create the correct impression.

“Chinese really appreciate it when asked after the likes of their health or family. Gifts are also essential, especially when they can see you’ve put in a lot of thought and taken the time to select the most appropriate ones. It’s great when you can tell them a story about the gift, where it’s come from, and what makes it special.”

“When abroad, it is also important to invite Chinese businesspeople to visit New Zealand, not only as a courtesy but to provide an opportunity for them to observe you conducting business with your own networks in your own country.”

One protocol, she says, Kiwis are getting better at is around the presenting and receiving of business cards.

“You always give and receive it with both hands and you certainly don’t put it straight into your back pocket! One thing I then do is lay out that cards in front of me to mirror where people are sitting around the table. It’s important during the meeting that you also take the time to study the cards, then look at the person, and refer back to the cards. It shows people you’re engaged and are interested in them.”

“Having said that, when you’re doing business in China or with Chinese it will always stand you in good stead if you understand and exercise all the protocols as best you can. Chinese young and old will always appreciate that, and that’s only going to be good for business,” says Annie Govan.