Early observations from a rookie ex-pat 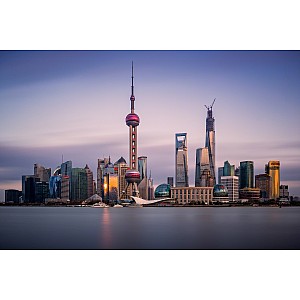 Growing up in the 90's meant China loomed large. New Zealand was winding down its reliance on the United Kingdom and transforming itself from a Commonwealth bread basket into a much more well-rounded global player, with ever-increasing connections to East Asia and beyond.

At the same time, China was in the thick of its ‘economic miracle’ - an unprecedented period of transformation that has made it the global superpower it is today. Unlike my parents’ generation, high school classes and university lectures were filled with anecdotes about China and explanations of just how important a role the country was playing in the global marketplace. I quickly developed a curiosity to experience the place for myself.

After a few months of getting to do just that, there are a number of things that have become clear. I’ve learnt you simply need to taste, see and touch the country for yourself in order to understand it, as China on paper often differs from China in practice. Here are three key things I’ve noticed after being on the ground in the People’s Republic for a short spell:

Sweeping generalisations are made about China - whether in a cultural or a business sense - which frame China as being one and the same wherever you may be. However, China’s land mass is just shy of the entire European continent, meaning that it should be treated as a vast and diverse place in its own right.

In New Zealand and in much of the Western world, we often keep our focus on Beijing, Shanghai and Guangzhou. Granted, these are the largest commercial centres but there is so much more to China and our engagement with the country cannot just be limited to these hubs. Staggeringly, there are more than 22 cities with a population greater than the whole of New Zealand, each with its own set of nuances, rhythms and opportunities.

Different regions equate to different marketplaces, rules and patterns. It’s like many countries in one and each locale should be taken on its own terms. Cookie-cutters are best left on the plane.

There are some things about China that cannot be easily anticipated or explained. Take China’s regulatory environment for example, which can be cumbersome for multinational companies as big shifts happen at the drop of a hat.

Equally confusing is how some processes here are antiquated – this becomes clear when you wait in line at the bank or post office – while others are light years beyond what most countries are used to, such as the fluidity and ease of mobile payments and the enormous presence of e-commerce.

There are some points of confusion, but this is understandable given how quickly things are evolving. I’m learning that the best way to navigate your way through the mystery is to seek out ‘old China hands’ that have the right advice and experience and to always stay curious about your surroundings.

China does not stand still. The population here is incredibly adaptable to change, and change is aplenty. It is not uncommon to return to a neighbourhood after a month away to find it completely levelled in preparation for the next big development.

Perhaps the increase in internet usage is the best metric that demonstrates the pace of change. In 2000 there were just 22 million internet users in China, which amounted to less than 2 per cent of the population. There are now more than 720 million active citizens online – more than 50 per cent - and they are some of the most sophisticated and social ‘netizens’ on the planet.

From a media standpoint, this online growth is changing the game in terms of how news is consumed, with platforms such as WeChat and Weibo becoming leading means of reading the news, alongside specialist apps like Toutiao and Netease. And more recently, live streaming apps like Inke have helped to bring a greater sense of immediacy to the news cycle.

Another proof point is the rate of infrastructure development. Eight of the tallest 20 buildings in the world are in Mainland China and they all were built within the last eight years. And there are no signs of slowing yet. Cities like Shanghai have been the frontier for this frenzied development over the last two decades, but now lower tier cities such as Chengdu, Chongqing and Suzhou are rapidly coming of age.

In many ways China is a major epicentre of the business and cultural world, making it a privilege to be here building an understanding of how it is wired. There is much to learn and many more lessons to come – some most likely to be learned the hard way – but that’s all part of the journey.