<< Chinese film chiefs talk business, cooperation in New Zealand Are the days of wine & honey in China about to buzz off? >> 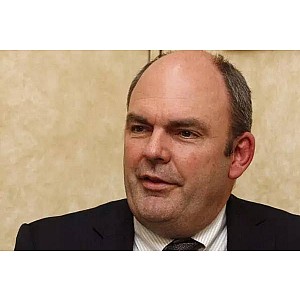 New Zealand had also seen a lot of interest from Asian companies in general in its bid to build an extra 26 hotels over the next 10 years to accommodate the ongoing surge in tourist numbers, Joyce told Xinhua during an official engagement in the North Island city of New Plymouth.

"Some Chinese investors, some Japanese investors, investors from other countries interested in building more hotels -- some of them are already active here," Joyce said.

On top of well publicized Chinese investments in the biggest city of Auckland and in the South Island mountain resort of Queenstown, Joyce was aware of "a few new ones that are interested in potentially coming in."

"We're definitely seeking investment from China in a whole range of industries and we've seen some great successes in recent times, with Chinese investment in the accommodation sector and more generally in hotels," he said.

The government's "Project Palace," a program to accelerate new private sector investment in New Zealand's hotel infrastructure, was launched in May.

It targeted international investors with specific opportunities that highlighted why New Zealand was a prime destination for quality hotel development.

The seven-storey hotel, which would have a total floor area of 29,000 square meters and 195 rooms, is scheduled to be completed in late 2018.

International visitor arrivals are expected to grow 5.4 percent a year with China and Australia expected to be largest contributors.

Visitor numbers were up 11 percent year on year to a new high of 3.36 million, in the year to the end of August, the government's Statistics New Zealand agency announced last week.

<< Commentary  < Chinese film chiefs talk business, cooperation in New Zealand | Are the days of wine & honey in China about to buzz off? >