Are the days of wine & honey in China about to buzz off? 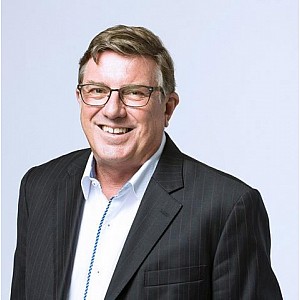 Unlike the early rumours that suggested that things were about to become tougher for China's infant formula industry, this time we’ve been told. Regulatory changes for wine and honey are on the way. It’s only the 'what, when and how' that we don’t know. But for those who bear the scars of the new infant formula regulations we can, I think, take some reasonable guesses.

Producers of both products will, without a doubt, need to be registered and approved for export to China. What the criteria will be for approval can only be conjecture at this point but there will certainly be a staged and detailed application process.

Documented quality systems and processes will play a part in this – familiar territory for food and beverage producers. Beyond that though things get a lot less clear.

Which of the competing measures for manuka concentration in honey will be approved? Or, indeed, will either of them pass muster? What testing process will be insisted on and how many checks will manuka honey be subjected to by CIQ? And will they get it right? Honey testing in various ports of entry in China has proven to be something of a lottery in the past.

How many varietals will one honey producer be allowed to have? For the hapless infant formula manufacturers getting accredited was just the first step. They then had to nominate no more than three brands to be produced from the approved plant. And no sooner was that announced then they had to prove that the formulation of each of those brands was substantively different from the other.

And how many New Zealand honey companies will the Chinese agree to accredit? The first wave of inspections of infant formula plants omitted a number of substantial manufacturers for reasons that have never been made quite clear. For some manufacturers, by the time they realised they weren’t on the list, the Chinese delegation had gone home leaving many brands dangling in the wind.

Dangling is not a good position to be in when it comes to marketing food in China. If you’re not on the list then you’re not on the shelf, no matter how popular your product has been in the past. The list gets everyone’s attention too - just in case you were wondering. Chinese food safety awareness may have been an oxymoron in the past but not any more. If their Government doesn’t approve a product then it’s off the menu very quickly.

This suggests, to me at least, that the New Zealand honey sector had better get its hives in order very quickly indeed.

Which wines will pass muster?
Wine is possibly in better shape because they at least have only one producer body that can usually agree on the alcohol content of any given bottle of wine. And they have other standards that they don’t bicker about quite as much in public – beyond perhaps what does and doesn’t constitute a gold medal tipple.

You can be sure though that the same sort of inspection regime will be put in place to determine whether a particularly winery makes the cut in China, what brands it can produce, what it can call them and what additives they can use to stop the wine turning to vinegar.

Given the massive number of wine producers in New Zealand this will be no small exercise – even for the Chinese. Although the percentage of those producers shipping to China is relatively small, the accreditation process for all of them will inevitably take time and some will get in ahead of others.

All of this may appear to be somewhat critical of the way that China goes about developing and implementing its imported (and domestic) food regulations, but in fact it’s intended as more of a wake up call to New Zealand producers to be prepared.

"Anyone who wants to be selling honey or wine in China 12 months from now needs to be closely networked into their respective industry and to the New Zealand regulatory authority."

Arguably the infant formula manufacturers were not prepared – or at least not as much as they should have been. They’d heard the rumours and some had even been watching groups such as the European Chambers of Commerce in China making representations to AQSIQ. The extent of the changes when they came, however, took far too many people by surprise. Whether MPI was equally surprised is very hard to say but the overall response from New Zealand as the changes took effect was spasmodic, patchy and put a lot of brand owners out of business.

There’s no excuse this time.  Anyone who wants to be selling honey or wine in China 12 months from now needs to be closely networked into their respective industry and to the New Zealand regulatory authority. This is a time for intense listening and interpretation of the word coming out of China. And lets not forget debate – if the new regulations are ridiculous then MPI needs to step up and say so.

One thing’s for sure. The days of wine and honey are about to change for exporters to China. Now’s the time to ensure that everyone’s house is well and truly in order.