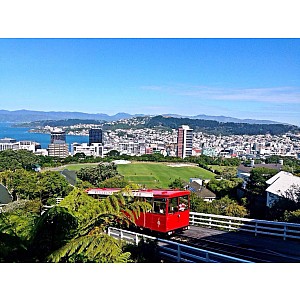 Wellington has established an important gateway to China, with the signing on 22 July of a formal Education Exchange Agreement between Wellington and Xiamen city in Fujian Province, China. These two internationally-focused cities, both coastal cities ringed by hills, will celebrate the 30th year of their Sister-City relationship next year.

“This is an important part of Wellington’s plan to double the number of international students in the region”, said Mayor Celia Wade-Brown after the signing ceremony in Xiamen.

“International students currently contribute over $2oo million annually to the Wellington regional economy, as well as building strong international connections that support our trade and place in the world,” added Mayor Wade-Brown.

Victoria University of Wellington (VUW) is deepening its established links with Xiamen, announcing two new scholarships for students from Xiamen universities. These complement VUW’s existing connections, such as a joint Bachelor of Science in Electronics & Computer Science (licensed with the Chinese Ministry of Education) and student exchange agreements in commerce and science.

“VUW has deep relationships with two leading universities in Xiamen, and they are relationships that we are keen to grow over the coming years,” said Prof. Frazer Allan, Deputy Vice-Chancellor, Engagement.

The agreement includes:
• Victoria University of Wellington offering two $10,000 scholarships for students from Xiamen University and Xiamen University of Technology
• Whitireia and WelTec providing special Wellington Education Awards for four students.
• Xiamen will explore opportunities for the establishment of a New Zealand (Wellington) Class in one of Xiamen’s schools
• Te Rito Maioha Early Childhood New Zealand and the College of Teachers Education of Jimei University will build on the cooperative agreement they signed during the 2015 Mayoral Delegation to China with study tours and training programmes
• Victoria University’s and Xiamen University’s Schools of Music will engage in a joint musical recital
• Xiamen will organise an education group to participate in the 30th Anniversary of the Wellington – Xiamen Sister City Relationship.