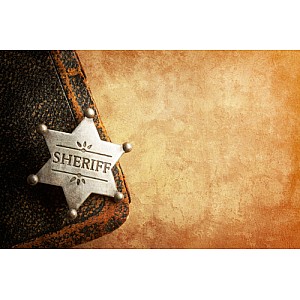 Zespri general counsel Katherine Evans says that while counterfeiting is a big problem in China, the country’s IP laws are fairly robust and its government does take the issue seriously.

Zespri recently teamed up with ExportNZ Bay of Plenty and intellectual property specialists James & Wells to create a joint presentation on protecting IP rights when exporting to Asia.

This is particularly important for Zespri, which is a common target for counterfeiters due to the popularity of its brand.

“Zespri has the dubious distinction of being the most-copied fruit brand in China,” Evans says. “We have people on the ground in wholesale markets constantly monitoring for counterfeit activity. One of the challenges is how quickly fruit goes through the market. By the time there is any enforcement the fruit has already been eaten.”

While the Chinese government is taking action against counterfeiting, Evans says it is still a large-scale industry and it represents a significant threat for Kiwi exporters.

“New Zealand is known as a clean, safe source of food. The damage that can be done from counterfeiting isn’t just to a brand itself; it’s the whole reputation of New Zealand Inc.”

Counterfeiting is not the only IP challenge for Kiwi businesses in China, according to James & Wells' head of Asia division, Johnathan Chen.

China has a ‘first to file’ system for trademark applications, which he says provides a chance for opportunists to gain ownership of well-known foreign brands legally. “Often it is during the marketing, testing or negotiation stages that New Zealand companies lose their brands.”

Chen gives a typical scenario faced by many Kiwi exporters who have lost ownership of their brand in China due to this system.

“Fortunately we’ve had clients who were able to buy back ownership of their trademark. In many cases, the brand is lost forever and being actively used by Chinese companies.”

ExportNZ Bay of Plenty executive Melissa Conrad says counterfeit and IP issues are some of the biggest challenges New Zealand exporters face in China across different products and industries.

“A mix of the long distance and a lack of understanding of the Chinese market are often reasons why New Zealand businesses face these challenges,” she says. “We are seeing a shift, however, amongst New Zealand exporters looking to China to export, where businesses are looking for information on ways to protect and deal with issues that might arise across IP in this market.

“This recent joint event in collaboration with Zespri and James & Wells highlighted this importance and gave the exporters in the room keys insights and ways to help tackle these should they face this challenge within their own business.”
Article supplied by James & Wells and was first published in the Exporter magazine.