<< $3.7m available for NZ-China research centres The current volatility in China's stock markets is not a reason to put aside expanding into China >> 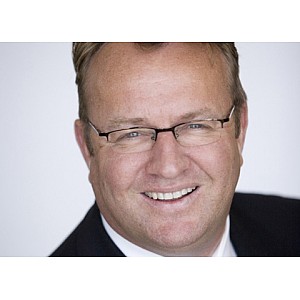 In my first three months with the Asia New Zealand Foundation, I have been troubled by the way many New Zealanders view Asia. As a country, our relationships with Asia have become more substantial and complex since the foundation was established in 1994. But there is a large gap between the importance of Asia to New Zealand and the extent of our collective capabilities in interacting with the region.

We seem to have a short-term mercantilist view that by ‘relationship’ we actually just mean “we want to sell you things”. From my own knowledge, I am not sure this is what our Asian counterparts mean when they say ‘relationship’.
As a proud New Zealander who has spent a large part of my life overseas, I believe we need to recognise that we tend to be very ‘short-termist’ as a country. This reflects New Zealand’s pragmatic approach dealing with issues – if we apply common sense, we can fix any issue as it arises. However, other countries and cultures take a longer-term view, particularly when it comes to relationships. As New Zealanders, we need to be prepared to invest over the long term across the whole breadth of a relationship.

My own first encounter with Asia came in the 1980s, when, as a teenager, I backpacked around the Chinese province of Guilin. I arrived into a third world country. I left believing that as large and impressive as China was, it would have little bearing on my life.  How wrong I was.

Some years later, I was posted to Seoul and became the New Zealand Government’s first designated Korean language trainee. My Korean language ability has all but gone today, but the real value was the chance to sit with Koreans every day and talk about family, religion, economy and politics.

Fast forward to 2015. Asia has gone from being ‘marginal’ to my New Zealand life to being a significant part of it – not only because of my new role, but because of where I eat, what I buy and who I mix with. All of this was unimaginable not so long ago.

I joined the Asia New Zealand Foundation in September, after several years as director of the United Nations Division of the Ministry of Foreign Affairs and Trade. Through my management of New Zealand’s successful bid for a seat on the United Nations Security Council, I know that much of the support we garnered was from Asia. Asian governments clearly see that New Zealand has something of value to offer on the international stage.

In October, I returned to China for the first time since the 1980s, as a participant in the New Zealand-China Partnership Forum. During my visit, I was struck both by China’s dramatic changes but also by the fact that when New Zealand talks about its relationship with the country, it is still seen predominantly in trade terms. I’ve seen the same pattern emerge in several discussions since.

This is troubling for a number of reasons. Bilateral relationships are easy in good times, but all relationships face bumps along the road. In diplomacy, we talk about ‘thickening’ relationships, so they can take the strain of challenging times. I am not convinced that we have the necessary ballast in our relationships with many Asian countries.

Many things need to happen to ‘thicken’ our relationships. More young New Zealanders need to be exposed to Asian languages and cultures during the course of their education, not merely because it’s important to our economic future, but also because these things have value and enjoyment in their own right. After all, learning about European cultures and languages has long been seen as valuable and pleasurable.
If language is one measure of a commitment to relationship-building, then the picture for New Zealand isn’t encouraging. A growing number of young people are studying Chinese at primary and secondary level, but overall Asian language learning is on the decline. In the last decade, the total number of secondary students learning Asian languages has dropped by 29%. At tertiary level, all Asian languages ¬– even Chinese – have declined in popularity.

Asia New Zealand Foundation’s work focuses on building links and understanding across a wide range of areas – arts and culture, business, education, the media, research, Track II (unofficial) diplomacy and an established Leadership Network.
Entrepreneurship is increasingly a focus of our work, especially in Southeast Asia through the ASEAN Young Business Leaders Initiative, a network of top entrepreneurs and business leaders from across Southeast Asia and New Zealand. This initiative exposes Kiwi entrepreneurs to the dynamism of the region and gives them opportunities to better understand Southeast Asia by spending time there interacting with entrepreneurs.

Over the past three years, the initiative has resulted in several business deals, but more importantly has created ongoing conversations, networks, mentoring relationships and a great deal of goodwill.

New Zealand’s relationship with Asia, something that seemed so marginal to me 30 years ago, is central to the sort of future our country will have. If we see similar change over the next 30 years, we are in for quite a ride. To prepare, New Zealand’s individuals and institutions need to place value on every link this country has with Asia, not only the economic but also the social and cultural.

By Simon Draper, Executive Director, Asia New Zealand Foundation
The Asia New Zealand Foundation is an NGO focussed on New Zealand-Asia relations, with a range of programmes designed to equip New Zealanders with first-hand experience of Asia and to forge links to the region. The foundation works in five main areas - business, arts and culture, education, media and research. It also runs a leadership network and takes a lead role in bilateral and multilateral dialogues in the Asia-Pacific region.

<< Commentary  < $3.7m available for NZ-China research centres | The current volatility in China's stock markets is not a reason to put aside expanding into China >