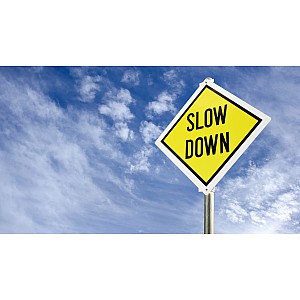 Crashing stockmarkets and a crackdown on cash leaving China could disrupt plans for development and investment in New Zealand.

Economist Shamubeel Eaqub said the outflow of foreign investment from China was "massive" in 2015, but new rules and regulations would rein it in.
"They've really tightened up in terms of letting money leave the country," he said.
The impact is already being felt. Late last year, Chinese investor He Run International pulled the plug on a proposed $80 million dairy factory development in Otorohanga.
Minority local shareholders were told the plan fell over due to the stock market crash in China, and restrictions on withdrawing funds.
"We suspect the funding issue was the biggest issue because of what is occurring in China with the stock exchange and the flow of money out of China. It is nearly impossible to get any funds out to do what they wanted to do here in New Zealand," local investor David Carey said.

The cash crackdown was prompted by the weakest economic growth in 25 years and a rapidly falling currency. The Shanghai Composite Index has fallen a further 10 per cent since the Otorohanga deal was canned.
While Chinese businesses have benefited from cheap and easy credit, Eaqub said banks would probably begin tightening lending criteria.
While economic activity in New Zealand's biggest cities would face a minimal impact from project cancellations, in the regions it could be another story.
"In a small town, that capital would mean there are guaranteed jobs," Eaqub said. "A lot of these places are really struggling for jobs, really struggling for relevance."
The Otorohanga factory, for instance, was meant to create up to 250 jobs during construction, and 50 permanent jobs thereafter.
Eaqub said a slowdown in Chinese investment would not make a big difference to the New Zealand economy as a whole, as it was still dominated by local developers. New Zealand companies could also take over any stalled projects if the demand was there, he said.
Massey University's Yuanfei Kang, a senior lecturer in the School of Management, said the extent of any capital restrictions would be linked to the fortunes of China's economy.
"If the economic situation becomes worse, further measures will be taken."
Kang pointed out that Chinese investors received a disproportionate amount of attention compared to those from the likes of the US, UK and Australia.

Last year, KPMG released a report based on Overseas Investment Office decisions, which found Canada was the dominant foreign investor in New Zealand.
China was in second place, accounting for 14 per cent of investments made during 2013-14.
KPMG partner Justin Ensor, one of the report's authors, said foreign investment was a lot more diverse than people thought.
He said KPMG was not aware of any stalled Chinese projects, but did not have a close focus on property developments, especially those that were inactive.

New Zealand China Trade Association chairman Martin Thomson, a partner with DLA Piper, was optimistic about the year ahead.
"In the non-property space, I don't detect any slowing or lessening of appetite.
"I think it's going to continue to grow, with China being a significant source of new investments into New Zealand."
Thomson said it sometimes took longer for Chinese corporates to get capital to New Zealand, but he did not sense any concern about the ability to withdraw money.

NDG Centre, Auckland
Construction of the 52-level, $350 million Chinese-funded NDG Centre is due to start this year. While some have questioned the project's viability, it will sit atop the main central Auckland station on the new City Rail Link. Prime Minister John Key is expected to announce government support for building the link this week.

Christchurch rebuild
Plans to create a $3 billion fund for Chinese investors to participate in rebuild project are ongoing. Councillor Raf Manji said Guoxin International is set to return to the city in March. Manji said economic troubles in China can cut both ways, prompting some investors to move money offshore.