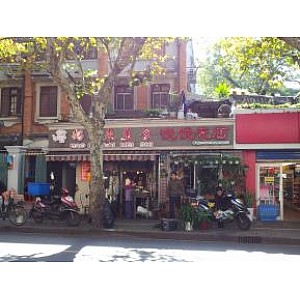 When it comes to understanding the intricacies and inconsistencies of doing business in China, few can match the knowledge of Guangzhou-based lawyer and NZTE Beachheads advisor Jeremy Sargent.

Sharing his personal experience on China with a gathering of exporters recently at NZTE’s Auckland office, he explained how he arrived in Guangzhou in 1998, transferred from Singapore by his corporate employer to discover a very different life in the southern Chinese city. (Not that he hadn’t experienced life in China before, having first moved there in the 1970s with his parents.)

Going out on his own in Guangzhou some eight years ago, Sargent’s knowledge of China’s legal system is impressive. He also has first-hand experience of running an F&B business in Guangzhou – together with his wife he owns three bar-restaurants under the brand The Happy Monk, employing around 130 locals. It has taught him a great deal.

“The contrasting experience of doing legal work; helping all manner of clients, large and small, enter the China market or help solve their problems; plus building our own business from scratch, with no previous experience in F&B, has been invaluable,” he says.

It’s important to understand that while China is a huge market, Western brands still only occupy a very small percentage of it. Sargent uses the spirits market as an example. “Western brands of spirits make up just one to two percent of consumption.”

Even the big brands only just scratch the surface, says Sargent. “Unless you’re a Fortune 500 company, understand that you’re not going to be able to attack the whole China market at once.” Its common sense that you will need a very good business plan, he adds. “China is a collection of markets. Culturally, historically and economically it’s a huge patchwork. This applies to almost anything.”

As for the challenges faced by companies wishing to engage with this vast market, Sargent’s observations again provide plenty of insight.

Rising costs are an issue, Sargent’s own wage bill for his bar-restaurant business is going up by 15 to 20 percent per year. China is certainly not a low-cost, “cheap and cheerful” market, he explains, despite what people may think. “In the legal services business, in many cases you’ll pay more for a good lawyer than you will in New Zealand.”

Uncertainty is another big challenge, he says. “You’re very much at the mercy of the government. It’s very much an administrative system and it’s all-powerful, from State Council in Beijing right down to district level.”

Officials come and go, he says, and in different cities you’ll find the rules, laws and policies interpreted in different ways, including employment laws. Trademark interpretation can be another minefield of inconsistency too. Sargent has personally experienced this with his attempts to register his own trademark.

Sargent admits that there are a lot of grey areas in the interpretation of rules in China, but that in itself provides opportunities. “Keep an open mind. Verification of everything you hear is critical. It’s a case of sifting through all the rhetoric to get to the answers. “There may be tears at times but keep ‘peeling the onion’,” he advises. “Find the people you can trust.”

There’s promising news too, in that the central government’s anti-corruption campaign has filtered down to the local level. “We do see people using uncertainty as an excuse to making bad decisions,” says Sargent. “But is doesn’t have to be. You can get answers from people, even local government.”

HR challenges
When it comes to business challenges in China, there are many. It’s a tough market, Sargent reminds the audience, but it’s not all bad. In his experience the big challenge (bigger than anything like market access, enforcing contracts, or inconsistent rules interpretation) is without doubt HR, or people. “How you find them, keep them, incentivise them, and make sure they’re all facing in the same direction together. I spend more time on HR development than anything else in my business,” says Sargent. He says building teams of young people, most of whom come in off the street to apply for jobs, has personally been the most rewarding aspect of working in China. “But it requires a huge amount of determination, effort and perseverance. It can be frustrating at times.”

The average monthly income in Guangzhou is around RMB5,500, he says. People have little disposable income; there’s no safety net, so economic pressures can be enormous. Sargent says training young people fresh out of high school or university, many of whom lack self-confidence, delivers the most satisfactory outcome. Teach them values and principles and they’ll become loyal staff and shine, by any standards, he says, adding that they’ve not had any senior staff turnover in the past four years. “That’s the result of putting in time, love, attention and care into developing them.”

In China, focusing on people is critical. There is a lack of trust in China, so developing a system and culture of trust and ownership, and developing leaders is vital, he says.

The challenge is to bridge the gap between good operators and true leaders, adds Sargent, “people who can set an example.”

In China’s F&B space, Sargent believes the Western dining experience is “not being done very well”. The opportunities are definitely there, he says, and you only need a very small piece of the market to succeed. “But it requires a lot of time, effort and money.

“In particular, building a brand in China is a hugely expensive process. Remember, if you’re setting foot in China and you haven’t registered your trademarks and domain names, then somebody else will!” he warns.

NZ story popular
The New Zealand ‘story’ is a compelling one in the China market, Sargent believes, and it’s fuelled by increased flights and tourism to this part of the world. The fact that 600 Guangzhou locals turned up to a New Zealand F&B event at The Happy Monk is proof of the popularity of New Zealand food and beverage products, despite its premium pricing in China.

Sargent brings his managers to New Zealand from time to time to inspire them with the standard of the food and beverage and hospitality industries here.
“It’s about instilling those values that ultimately equate to a pleasant customer experience and a nice experience in terms of [The Happy Monk as] a place to work,” he says.

From all accounts it has been working and, says Sargent, its further evidence of the amazing future New Zealand F&B has in China.

By Glenn Baker, Editor of Exporter and Exporter Today