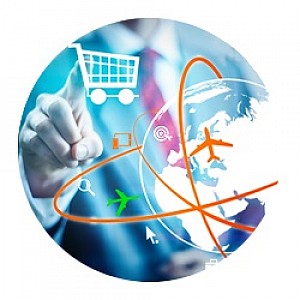 Over the last couple of years many New Zealand businesses have become aware of the online shopping phenomenon in China. Spurred on by consumer demand for quality and variety and accelerated further in recent years by growth in Internet access via smartphones, the online shopping Tsunami has grown bigger and more powerful.

And it keeps changing. JD.com has expanded outside of electronics and has been growing strongly in grocery products, YHD has been acquired by Walmart and smaller players like Fruitday continue to command valuable market niches.

One thing that has been consistent is the overall e-commerce dominance of Alibaba. Alibaba has approximately 80% of China’s online trade going through their successful platforms like Taobao and Tmall. But even giants can fall and in their mission to create a company that lasts for 102 years the team at Alibaba are not resting on their laurels and their latest push is to use their annual ‘Singles Day’ online shopping celebration to achieve global recognition.

Many people outside of China remain oblivious to the fact that Alibaba’s Singles Day has become the world’s biggest retail sales day each year – online, in China – but if Alibaba has their way that global anonymity is about to change.

Legend has it that some years ago a group of Chinese university students who were seemingly unlucky in love decided to make themselves feel better by celebrating being single and they hit on November 11 each year being their day (11/11 – get it?). A few years later some enterprising executives at Alibaba were looking for a way of stimulating sales in a traditionally flat part of the year and they thought that 11/11 would be a great time to provide people with amazing online sales specials. Voila! New shopping sensation created.

Since its inception nine years ago the Singles Day online shopping celebration in China has gone from strength to strength – breaking new records each year for the value (and volume) of product sold on this one day.

More than 57.1 billion renminbi ($USD 9 billion) of sales were reached via Alibaba’s platforms on Single’s Day last year, generating 278 million parcels for delivery. At the peak time 80,000 transactions were taking place per second.

Driving growth this year over and above the domestic momentum is the push to turn Singles Day into a global celebration and; hence, a small delegation from New Zealand was recently invited to the sprawling Alibaba campus in Hangzhou for a series of presentations and events to introduce the expansion plan.

We were given a deeper insight into the Alibaba operation by the CEO, Daniel Zhang, and an impressive presentation about Alibaba’s culture and mission from China’s own e-commerce rock-star and Alibaba’s Chairman, Jack Ma.

Within China Jack Ma’s own legend is well known and his fame is second only to President Xi Jinping, so a personal highlight of the day in Hangzhou was getting a few one-on-one minutes with Jack where he told me he has a special soft-spot for New Zealand, having personally visited four or five times and having recently met Prime Minister Key in New York.

As well as the one-on-one meetings and attendance at the presentations, New Zealand fresh produce was part of the international display, the NZ Consul-General from Shanghai was on stage during the main launch event, New Zealand images were on screens throughout the campus and we were first to be invited to toast the success of the event, followed by other country trade associations.

So, what does this all mean for New Zealand and our businesses?
1.    The Opportunity: As this will be the first year of Singles Day having an overt global emphasis, universal awareness won’t be generated straight away but over time. I have no doubt about Alibaba’s determination and ability to make this work. Singles Day will continue to be massive in China and will become a global celebration – the sheer size of the event can be daunting for New Zealand companies but the potential to use the celebration to build brand awareness in China and now globally shouldn’t be ignored.
2.    The Challenge: While we had great presence at the event it was also a reminder of the heavy competition in the e-commerce space as we were one of 39 countries invited to be part of the day. Having the Chairman ‘like’ New Zealand is a good thing, but more important is having an ongoing positive working relationship with the Alibaba executives – that will continue to take hard work, every day, by those companies looking for e-commerce success on Singles Day or any other day.


By Glen Murphy
For more information about the work NZTE is doing to help companies increase their profiles in China, and other markets, visit www.nzte.govt.nz.
New Zealand Trade and Enterprise is New Zealand’s international business development agency. Glen Murphy is based in Shanghai as NZTE’s Regional Director for Greater China.