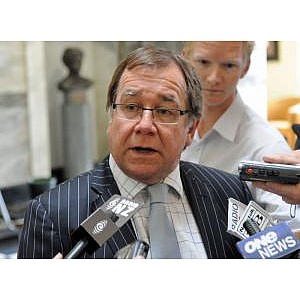 “New Zealand has been working closely with all parties to the Convention on the Conservation of Antarctic Marine Living Resources (CCAMLR) to develop an MPA that balances scientific, environmental and fishing interests,” Mr McCully says.

“China’s support for a revised MPA is a major step forward in reaching the consensus required to put workable protections in place for the Ross Sea.

“The revised proposal, which is being developed, includes a new Antarctic krill research zone. This new addition to the proposed MPA is designed to promote research and scientific understanding of krill in the north western Ross Sea region.

“Directed fishing for krill will also be permitted in the existing Special Research Zone of the MPA, in addition to the limited fishing for toothfish that is already provided for in that zone.

“We also welcome Russia’s statement that it is open to working with members on the MPA ahead of the next CCAMLR meeting in 2016.

“We continue to strive for the establishment of an MPA in the Ross Sea. It remains challenging, but support for the proposal continues to build,” Mr McCully says.