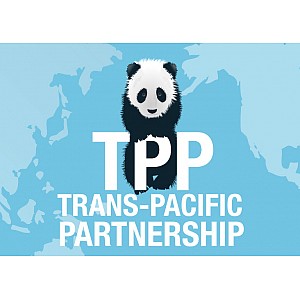 The recently announced agreement on the Trans-Pacific Partnership (TPP) has caused great concern and debate about its impact on China. The dominant view, including the official reaction, is that China’s exports will be negatively affected by the TPP since its members enjoy low tariffs among themselves. The loss in exports, in turn, will threaten China’s position as the world’s largest manufacturing base. Some also think the TPP is a U.S.-led conspiracy to “kick China’s butt”, as its Chinese pronunciation sounds like a phrase that roughly translates to “kicking butt.”
These views are quite misleading.

First, the TPP was not originally proposed by the U.S.; it was started by four relatively small countries (Brunei, Chile, New Zealand, and Singapore).  Treaties or agreements on international trade are the rules of the game. In any game, it is the weaker and smaller party who benefits the most from having fair rules.   In the competitive market place, it is also the small firms that initiate alliances with other large and small firms; not necessarily to enhance gains but to minimize potential threats.   If there were no fair-play rules, the big guys would always win by unrestrained use of force. Small countries thus have a strong incentive to propose fair international trade rules, so that they can be on a level playing field with big countries.  The U.S. later joined the TPP and has led the initiative.  But the notion that the U.S. conspired to set up the rules of the TPP to exclude China is simply not true.  First of all, the TPP is a 12-country agreement; so, if the U.S. set the rules to specially benefit itself, why would the other 11 countries agree?  John Rawls, the late founding father of the justice theory, lays out the principle of “veil of ignorance” to make fair rules. This is where the rule makers must be ignorant of how they will personally benefit (for example in terms of gender, race, age, intelligence, wealth, skills, education, and religion) so that they can make rules that are fair to everyone.  For example, the justice procedure must be fair and acceptable to the judges, prosecutors, the accused, the victims, and the lawyers.  Similarly, the rules of the TPP, like any fair trade agreement, should not favor any particular country.   If a country feels that it is specifically excluded, such as China, then that country must possess certain characteristics that do not fit the rules that are acceptable by the 12 TPP member countries.  Now let’s review what these ‘offending’ rules might be.

A quick review of some TPP principles suggests that there are some rules that are difficult for China to accept.  Chief among them are the human rights-related rules such as workers’ rights, labor protection, and the “Investor-State Dispute Settlement” (ISDS).  ISDS gives a foreign investor the right to use international arbitration (such as tribunals presided over by the World Bank or the United Nations) to settle its dispute with the host country government.  Essentially, ISDS creates a dispute settlement mechanism that is above the host country government to ensure fair and impartial dispute settlement between the host country government and the foreign investor.  In a country that already has a fair and impartial dispute settlement mechanism, ISDS may not be even necessary and is merely another channel to resolve disputes. However, if the host government has absolute power and the legal system is there to serve government policy, ISDS would fundamentally undermine the government’s power.

To MNCs in China, ISDS may be a welcome feature, if China is willing to join the TPP.  After decades of enjoying preferential treatment and profitable operations, these MNCs have found themselves in an increasingly disadvantageous position compared to domestic rivals: state-owned firms are fully backed by the powerful state, indigenous firms enjoy cozy relationships with local stakeholders; and MNCs are losing favor because their contributions (e.g., capital and technology) are not much in line with local interests. Against this backdrop, we have seen a rising number of public crises in which they are accused of corruption, fraud, and food contamination.

The case of the tainted meat scandal that rocked Shanghai Husi Food, a subsidiary of U.S.-based food supply giant OSI Group, is a good example. Disgruntled employees uploaded a video that captured meat handling that was in violation of food processing code. The video went viral and the government swiftly shut down Husi, arrested some key employees, and threatened to put its China head in jail.  The irony is that Husi is credited for bringing high food safety and sanitation standards to China’s food processing industry.  The issue here is not whether Husi is guilty; the issue is that it does not have a fair chance to explain its side of the story and resolve the issue with the Chinese government.

In the past three decades, a large number of foreign investors came to China to benefit from its vast production capabilities coupled with inexpensive and dedicated labor force.  This huge advantage made them willing to accept a backward legal system.  Now with rapidly rising living standards and labor activism, the labor cost advantage is shrinking and foreign firms’ advantageous position is disappearing.  In the short run, foreign investors are stuck in the value trap and cannot easily divest their operations, but in the longer run some of them may leave, or the number of new prospective foreign investors may decline.

So, viewing the TPP as merely an export bust for China is short-sighted.  The prevailing attitude in China has been a mercantilist view, focused on earning foreign exchange, which would have been understandable in the early days of China’s opening up when it was just emerging from the ruins and extreme poverty of the Cultural Revolution.  But now China needs a new cultural revolution to move its mindset away from focusing on capital.  The value of money is in the institution of the country behind it.  Without a strong political and economic institution that provides checks and balances and the rule of law, a country’s currency will not be strong.  In this regard the TPP is a game changer. The global competition is shifting from one of low cost to the competition of strong institutions.  China should embrace the spirit of the TPP and make the necessary institutional changes that will take it to the next level of global competition.

Seung Ho Park is Parkland Chair Professor of Strategy at CEIBS and Shaomin Li is Eminent Scholar and Professor of International Business at Old Dominion University Strome College of Business.