<< Does China Need The Trans-Pacific Partnership (TPP)? Trading with a giant >> 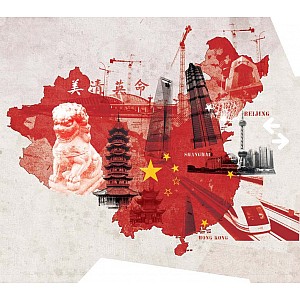 The year 2016 marks the beginning of China’s 13th Five Year Plan (2016-2020) - the key national planning document.  China’s 1st Five Year Plan (FYP) was enacted in 1953 and since then the FYP has become the blueprint for China’s political, economic and social development. The 12th FYP (2011-2015) was seen as one of the most transformative planning documents in China’s history, marking a shift away from the previous ‘growth at any cost’ approach to a more sustainable and qualitative growth model. In October 2015, the Central Government released the broad policies of the 13th FYP (the full details will be released in early 2016) and as expected, it built upon the strategies, targets and regulations of the 12th FYP. After a decade of economic growth at breakneck speed, China has shifted focus to creating sustainable economic growth and playing a direct role in improving the quality of life for the entire Chinese population. The Central Government must now direct unprecedented focus into new industries, areas and interests to create a livable, healthy and harmonious China.

Economic rebalancing
Of course, at the heart of the new Plan is China’s economic rebalancing, particularly as it affects industry and business. As China’s factories and exports inevitably slow down, the Government has recognised the need for technology and innovation to bolster and drive the economy. Originally considered as the world’s ‘copy-cats’, China is committed to creating an environment for innovation and creativity, to produce products that are ‘Created in China’ not ‘Made in China’. Major agendas and plans have emerged to give more autonomy to research centres and institutions, transform the internet into an ecosystem to help industries grow, transform and create new products and services and to increase collaboration between tertiary institutions and business by opening more vocational training colleges. To supplement this, major funding has been committed to bring China’s schools, universities and vocational colleges up to world standards and encourage more students to study locally rather than abroad.

Social changes
China’s years of economic hyper-growth have had an enormous impact on China’s society and social structure. As disposable income levels rise across the country, people in China are now deeply concerned about the role the government plays in their quality of life. The strategies, targets and milestones set out in China’s 13th FYP have been a direct response to some of the anxieties, demands and needs of the Chinese people for a ‘better’ quality of life, particularly those in the growing middle class. The biggest reform under the 13th FYP is the nation-wide scrapping of the one-child policy to combat China’s rapidly ageing population. China’s urbanisation rate is one of the fastest rates in the world and now over half of China’s population lives in urban areas. There is strong consideration of the rural-urban and rich-poor divide in the new Plan, including the introduction of better legal rights for farmers and reforms in China’s social security system.

A healthy China
The new Plan will be dedicated to building a ‘healthy China’. Whilst the details of the new Plan have not been released, unprecedented reforms and investment into China’s healthcare system are expected, with a major overhaul of its public hospital system and the establishment of more private specialised hospitals (particularly in aged-care services). Environmental protection policies will also be extended by setting more ambitious emission reduction targets and goals to grow China’s burgeoning clean-energy industry.

A continuation of the 12th FYP
Under the new Plan, the ‘One Belt, One Road’ Initiative will form the cornerstone of China’s ‘Going Out’ Policy that was introduced in the 12th FYP. The initiative aims to consolidate and upgrade existing infrastructure and build new transport routes stretching all the way from Southeast Asia, through Russia, Central Europe and Africa to Western Europe. The ‘Belt and Road’ will transport resources, people and capital around the world with China in the middle facilitating the flows. Besides forming the basis of China’s new foreign policy, President Xi has also made the initiative a key domestic economic strategy for continuing the ‘Go West’ policy of the 12th FYP. The initiative has made specific plans to establish Chongqing as the heart of opening up and growing China’s western region. This will be supported by developing Chengdu, Xian and Zhengzhou to open up the inland areas and form the country’s logistics hub.

Big picture visions or incremental changes?
With these major and ambitious plans, targets and goals, it has been asked by some whether there are the necessary institutional structures in place to support these big visions. In short, there is still some way to go before these structures can be fully implemented. Businesses, institutions and organisations, particularly those outside of China, should still be cautious about some of the goals and targets outlined in the 13th FYP.

However, China does have a strong track record over the past 30 years of meeting or exceeding the targets and aspirations set out in their FYPs and it has proven dangerous for foreign commentators to underestimate their capabilities for undertaking major reform programs. A good example was their goal to lift 600 million people out of poverty which was a major undertaking and exceeded all expectations. Even if, in the unlikely case, China does not reach their targets, the process of achieving these major reforms will involve significant changes and adjustments to many regulations and practices; for example structuring the flow of inbound and outbound capital, streamlining their decision-making processes and navigating the geo-political consequences of their policies. On the surface, the 13th FYP is a potential game-changer for China. However, the changing structures underneath the surface are just as transformative.

By; Think Global with David Thomas

<< Commentary  < Does China Need The Trans-Pacific Partnership (TPP)? | Trading with a giant >