<< Trading with a giant China is modernising, not westernising >> 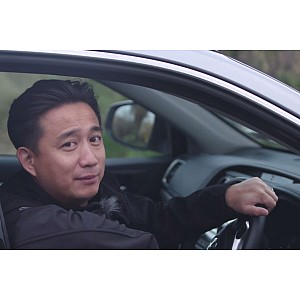 A Chinese reality TV star’s plea for tourists to take care while driving in New Zealand will help spread the road safety message in one of our most popular tourist markets, Ministers Paula Bennett and Craig Foss say.

The five minute video, released in China, is fronted by Huang Lei, the star of China’s number one reality show ‘Dad, where are we going?’

It was filmed in New Zealand during Huang Lei’s visit in June, secured by Tourism New Zealand.
“Using a well-known and respected celebrity, and being able to tap into popular culture is a smart and effective way of getting our messages across,” Associate Tourism Minister Paula Bennett says.

“Huang Lei has the ability to reach a massive audience in China where he has over 20 million social media followers.
“The benefit of using someone like Huang Lei is that he will get noticed and his genuine concern for the safety of his family and of others on the road sends a powerful message.”
“As we approach the start of the summer season, it’s important that we take all practical steps to let visitors know that driving in New Zealand may be very different from what they’re used to,” Associate Transport Minister Craig Foss says.
“This new video builds on a number of recently announced measures, all designed to help inform visiting drivers, improve safety and save lives.

“There is no silver bullet here. However, the combined efforts of our tourism and transport agencies — as well as Police, local government and industry organisations — will help build a safe system for all road users, including the increasing number of overseas visitors choosing to explore our country by car.”

The video, produced in Mandarin, can be viewed at: https://www.youtube.com/watch?v=2Yhq2blIH08&feature=youtu.be

<< Commentary  < Trading with a giant | China is modernising, not westernising >