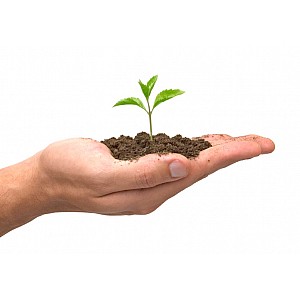 Investment by China in New Zealand has increased, there's more to come, and every reason it should grow yet.

Start with the finalists under the DLA Piper Award for Investment with China, at this year's HSBC NZ China Trade Association Business Awards, which featured a significant group of Chinese investors. They have created jobs for New Zealanders, introduced capital into our economy, and are producing the highest calibre of product. They include Milk New Zealand Holdings (Shanghai Pengxin), Yashili New Zealand Dairy, Fisher and Paykel Appliances (Haier), and Oceania Dairy Limited (Yili).

Encouraged by President Xi Jinping's visit to New Zealand in November 2014, China's curiosity about us has increased. While the President showcased attractive images of New Zealand back to a Chinese audience, he also found in New Zealand a willing trader and seller. Clearly visible to the president was the considerable room for more, quality foreign direct investment in New Zealand.

A New Zealand Sectors Report 2014, published by MBIE, said "New Zealand is less connected with the global economy than other similarly developed countries." It cited inward direct investment per capita of US$18,533 compared with an OECD small nation average of US$40,509 and Australia of US$26,638. Most of that foreign investment came from Australia (63 per cent). China featured 6th on the list with only 0.4 per cent of foreign direct investment into New Zealand.

As China turns its gaze our way, that connectedness may be growing.

The education sector is benefiting. China is the single largest source of international students, with ENZ reporting New Zealand had made "the top five preferred overseas study destinations for China's wealthy".

As far as investment in New Zealand farming land goes, there has been growth.

But controversy has been fuelled without full justification. As Colin Taylor reported in the Herald's 2014 Agribusiness Report, well down the list of investment in farms was China.

China's investment in agricultural land reveals a strategy for vertical integration in investment in the dairy sector - farms as well as manufacturing plants. This brings us more jobs in manufacturing. It also contributes to products produced in New Zealand being tailor-made for the Chinese market.

With regards to Chinese investment in residential property: there is a growing Chinese population in Auckland, now with 171,000 Chinese in our city. Let's not forget that migration has resulted in economic growth in the city.

Investment has not all been one way. Fonterra's investment in Chinese dairy enterprises is increasing. New Zealand's presence in China is also growing.

All in all, then, this information reveals a constructive picture of China in New Zealand: plenty of room for more investment, and a positive outcome for New Zealand's relationship with China.

Where's the bad news in that?

This article was originally published in New Zealand Herald.

Martin Thomson is a partner at DLA Piper New Zealand and chairman of the NZ China Trade Association.