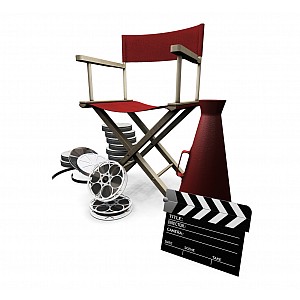 The New Zealand Film Commission, the government entity tasked with supporting the local film sector, is putting more emphasis on building links to China, which local film-makers have largely ignored.

Chief executive Dave Gibson is in China where the commission has its first official presence at the Beijing Film Festival, screening five movies and hosting a booth at the event. Gibson told BusinessDesk that China is a "priority" for the agency and the wider industry, with a booming box office in the world's second-biggest market.

A concern for Gibson is the lack of uptake of the two co-production agreements between New Zealand and China, which let Chinese producers access the attractive incentive schemes New Zealand offers, while allowing Kiwi productions to get around quotas on foreign movies in China.

"We haven't yet had an official co-production - there have been unofficial ones, particularly in TV," Gibson said.

The commission has beefed up its efforts to smooth the pathway into China, with a $200,000 international development fund to help jumpstart the market, but ultimately Gibson said it's up to individual film-makers.

"In the end, it's the relationships these producers make," he said.

Last year Gibson signalled 2015 would be a bumper year for the local industry with screen projects such as the 'Crouching Tiger, Hidden Dragon' sequel, 'Light Between Oceans' and television production 'Thunderbirds' attracted by sweetened government incentives.

Gibson said a pressing need for the local industry was the lack of infrastructure, with a major studio required in Auckland and smaller facilities in Queenstown, which has fast become the country's third film centre due to its picturesque scenery.

While the Film Commission is keen on strengthening ties with China, Gibson says it won't back just anyone to try their hand in the world's most populous nation, and firms need to have the ability to meet the potential scale of the market.

"We have to be a little careful who we support up here," he said. "We need to be sure people are capable of playing up here."

Where New Zealand's expertise could attract Chinese producers is in post-production, in the same way Peter Jackson's Park Road Production has built strong ties with the major Hollywood studios, and also as providing a pathway into English-language productions, Gibson said.

In turn, New Zealand film-makers could benefit from their Chinese counterparts' focus on delivering a return on investment, he said.

By: Paul McBeth in Shanghai