<< New Zealand and China in 2014: from relationship to partnership China-NZ Customs work to enhance trade >> 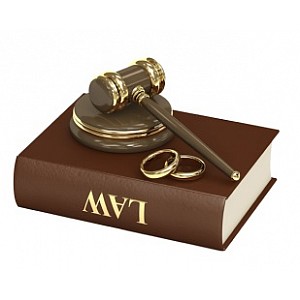 The Chinese Ministry of Commerce released the draft of the proposed new Foreign Investment Law to solicit public opinions. The proposed law will significantly reduce barriers to foreign investment, whilst at the same time increasing scrutiny of foreigners trying to evade the regulations on investing in restricted industries. The new law introduces five major changes.

Additionally, when a transaction done outside of China results in a foreign investor acquiring control over Chinese entity, this will be deemed foreign investment as well.

3. Annual report replaces pre-approval
Most foreign investment, including setting up a new company, will no longer need pre-approval from the State Council. The only exception is where a foreign party intends to invest in one of the restricted industries on the negative list – likely to be based on the Catalogue of Restricted and Prohibited Industries for Foreign Investment – or the investment amount exceeds the level set by the State Council.

The initial investment report needs to provide basic details about the foreign investor (name, domicile, organisation form, main business etc.) and the investment itself (amount, source, time, ratio to other investors etc.). For investment into a domestic entity, it must also include basic information about the company, like name, location, registered capital, investment amount, equity structure etc.

A new report has to be issued every year. All reports must provide the information about the foreign investor and the investment. Apart from all the information in the initial report, investors of a domestic entity must also provide operational information about the entity.  This includes financials statements, tax paid, imports and exports, major legal cases and the domestic entity’s dealings with the foreign investor and its affiliates (among other things, to inform the government of transfer pricing practices).

4. Pre-approval only for negative list
The State Council will publish a negative list of industries in which foreign investment is restricted or prohibited. It will also set limits on the investment amount.

The draft law also lists the factors considered in the approval, such as compliance with international treaties, foreign influence on production, impact on the environment, production safety, use of natural resources etc.

A foreign investor can voluntarily request a review. The State Council may commence an investigation of its own as well. The law states a number of grounds for a review, such as telecom and internet security, influence on economic stability, control by a foreign government or access to technology crucial to national security. The list is open-ended, saying the State Council may investigate “other factors it deems necessary.”

Following a review, the State Council may decide to approve the investment, set conditions or prohibit the investment. Note that the National Security Review is not a requirement for setting up a company, and you can voluntarily apply for one. However, the government maintains the liberty to carry out a review on its own accord, so in case of doubt, applying for a review would give certainty to the investor.

The investor cannot go in appeal against the decision.

Implications for VIEs
Presently, some foreign investors have succeeded in circumventing Chinese laws, including regulations restricting investment, through the use of a Variable Interest Entity or VIE. A VIE is a completely Chinese owned company, with all the capital provided by Chinese nationals, all the directors are Chinese etc. The funds to set up the company are lent to these Chinese nationals by a WFOE (a wholly foreign-owned enterprise) set up by the foreign investors. The Chinese nationals and the Chinese ‘domestic’ company then sign contracts granting all the rights related to the running the ‘domestic’ company to the WFOE, such as profit distribution, voting right etc. In this way, the VIE looks like a fully Chinese company on paper, but is controlled through these contracts by the foreign investors.

Now that the Foreign Investment Law also applies foreign control over domestic, Chinese-owned companies through contracts or in other manners, VIEs will be included in its scope as well. That will extend the restrictions on foreign investment to VIEs. That way, they will no longer be able to circumvent the restrictions imposed by Chinese law.

Conclusion
While the new law makes it significantly easier to set up a company in China, the government will sharpen up its scrutiny of foreign investment in politically sensitive areas.
Asia Briefing Ltd. is a subsidiary of Dezan Shira & Associates. Dezan Shira is a specialist foreign direct investment practice, providing corporate establishment, business advisory, tax advisory and compliance, accounting, payroll, due diligence and financial review services to multinationals investing in China, Hong Kong, India, Vietnam, Singapore and the rest of ASEAN.

<< Commentary  < New Zealand and China in 2014: from relationship to partnership | China-NZ Customs work to enhance trade >