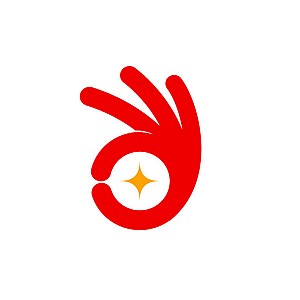 Chinese Premier Li Keqiang announced on December 12 that three more Free Trade Zones (FTZ) will be established in China, based on the model of the Shanghai FTZ, which was launched in September of last year.

The three new FTZs will be set up in Tianjin, Guangdong province and Fujian province. Each is to make full use of its geographic location and carry special local features. The announcement confirmed long speculation that a next wave of FTZs would be launched around the areas of the Pearl River Delta (Guangdong province), Bohai Bay (Tianjin, Beijing and Hebei province) and Xiamen (Fujian province).

Designed as a testing ground for further reforms and policies, the Shanghai FTZ features lower thresholds for corporate establishment, liberalized foreign exchange, and levies no tax in the first ten years after a business is established. The zone also offers special benefits to certain industries (including e-commerce, legal services, and logistics) and adopts a “negative list” approach to foreign investment.

In the following, we introduce each of the three prospective areas, including their main industries and infrastructure advantages, and provide the expected features of their FTZs. For additional information, please visit the Asia Briefing Regional Intelligence page.

As southern China’s economic center, Guangdong has topped the GDP ranking of all provinces for nearly two decades. The province is proximate to Hong Kong and Macau and contains three of China’s five original Special Economic Zones (Shenzhen, Zhuhai and Shantou). Guangdong has been working towards further integration with Hong Kong and is home to 22 state-level economic development zones, which have attracted large amounts of foreign investment.

It is one of the leading industrial provinces of China through nine main industries, namely electronics, electrical appliances and machinery, petrochemicals, garments and textiles, food and beverage, construction material, paper making, pharmaceuticals, and automotive. Guangdong holds the largest share of China’s electronics industry, which comprises over 41 percent of the province’s total industrial output.

In December, 2013, the Guangdong Government submitted a proposal to the State Council to set up a regional FTZ in Guangdong. The proposal covered the Nansha Development Zone of Guangzhou, Qianhai New Area of Shenzhen (connected with Hong Kong), Hengqin New Area of Zhuhai (connected with Macau), with the possible inclusion of the Baiyun International Airport Comprehensive Bonded Zone in Guangzhou.

As proposed, the Guangdong FTZ would be 931.385 square kilometers in size – much larger than the 28.78 square kilometers of the Shanghai FTZ – and is expected to focus on customs clearance and the finance industry. The State Council has made no public announcement on the proposal.

Given its geographic advantage, Fujian is one of the wealthiest regions in the country and was chosen as the first province to engage in economic exchange with Taiwan. Today, the economies of Fujian and Taiwan are closely related and complimentary – with current major industries of both regions geared towards electronics, petrochemicals and mechanics.

The provincial government is currently focusing on the construction of a modern transport system by developing expressways, railways and ports. It is expected that by the end of 2015, Fujian’s coastal ports will be capable of handling 500 million tons of cargo and the length of its roads and expressways will exceed 5,000 kilometers.

In 2009, Fujian launched the Pingtan Comprehensive Experimental Zone, aiming at promoting the development of the region and strengthening its bond with Taiwan. The Pingtan authorities are authorized to grant a variety of licenses without higher-level approval, thereby making it more convenient for Taiwanese and foreign enterprises to set up a business in the area.

Though details have not been released yet, it is expected that the Fujian FTZ will cover Xiamen and Pingtan with a focus on the cross-strait economy and trade with Taiwan. Further, the future FTZ is likely to be integrated into the “21st Century Maritime Silk Road” (proposed by President Xi in 2013 in a bid to enhance economic and trade cooperation between China, ASEAN, South Asia and the Middle East). During a conference in Xiamen held in February, Zhang Canmin, the vice mayor of Xiamen, announced that Xiamen will jointly apply for the “Haixi (Western Taiwan Straits) FTZ” along with Fuzhou and Pingtan.

Tianjin is one of four directly controlled municipalities in China, meaning the city ranks as a province and is managed directly under the central government. It is a major port city located between Beijing and the Pacific Ocean.

Tianjin contains several development zones, two of the most important being the Binhai New Area and Tianjin Economic-Technological Development Area – TEDA for short. TEDA was one of the first Special Economic Zones launched shortly after Chinese economic reform. State-level New Areas are accorded preferential policies by the State Council to attract investment and speed up development. The Binhai New Area, announced in 2009, lies on the coast beyond the Tianjin city centre. It encompasses the Port of Tianjin, and TEDA.

RELATED: Establishing a Company in the Shanghai FTZ

Tianjin is also close to major oil and gas deposits, and as such, petrochemicals is a major industry. In 2010, Sinopec opened a large petrochemical facility in the city. The refinery, a joint venture between Sinopec and Saudi Basic Industries, mainly processes crude oil from Saudi Arabia at the moment. Other major industries include automotive, pharmaceuticals and metallurgy.

With the biggest port in Northern China, shipping is another major industry. Tianjin is the fourth busiest port in the world in terms of tonnage, after Ningbo-Zhoushan, Shanghai and Singapore. Measured by TEUs (twenty-foot equivalent units, roughly the volume of a shipping container), it ranks tenth.

Other major sectors include the manufacturing of mobile phones and aerospace assembly and production.

The Tianjin FTZ is expected to especially stimulate high-end manufacturing, financial leasing and further integration of the Bohai Bay area.