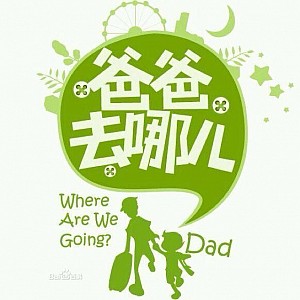 More than 400 million viewers across China tuned in for season two of Chinese reality show Dad, where are we going? featuring 217 minutes of celebrities travelling around New Zealand.

Tourism New Zealand and Air New Zealand pitched for the rights to host the production in September, with New Zealand becoming the first international destination to ever feature in the show.

The show follows five celebrity fathers and their children (aged from 3 - 8) on an adventure to mystery destinations where they undertake challenges.

The final two episodes of season two were filmed in New Zealand including the all-important season finale.
In Episode 15 the stars were in Rotorua while Episode 16 features the show's stars dressed as Hobbits, Wizards and Elves exploring Hobbiton Movie Set.

"This was an unmissable opportunity for us.   "Think of it like having five celebrity figures all in New Zealand at the same time, making a TV show about their travels. That's how popular these Dads are and this show is, in China.

"The value of all the coverage achieved from this activity is estimated at NZD $169 million, were we to buy that same level of advertising - more than the entire year's budget for Tourism New Zealand."

Since the episodes aired a marketing campaign has gone live in China promoting New Zealand as a holiday destination, featuring some of the experiences and regions visited by the celebrities.

Travel trade partners will be selling official Dad, where are we going? itineraries and public relations activity is ongoing.
Conversations and coverage of New Zealand playing host to the show has been huge with the number of media reports exceeding 8,000 - the popularity of the show ensuring New Zealand is the topic of conversation across China.

Kevin says, "In a market like China the profile this show has given New Zealand as a family friendly, desirable visitor destination, is unprecedented.

"All of this activity and continued promotion works to ensure destination New Zealand stays top of mind for viewers when considering their next holiday destination."   Destination Rotorua Marketing General Manager Oscar Nathan says Chinese inbound tourism is extremely valuable to Rotorua.
"As Chinese viewers discover more about New Zealand and see well known celebrities in destinations like Rotorua - these sorts of invaluable endorsements coupled with the distinctive features of geothermal, lakes and indigenous culture of our region will only grow the appeal of New Zealand to the growing Chinese global travel market."

Hamilton & Waikato Tourism Chief Executive Kiri Goulter says hosting the final episode of the series was a fantastic opportunity for Hobbiton Movie Set and the region.

"The Chinese visitor market is a growing one for the Hamilton & Waikato region and being part of Dad, where are we going? was an un-paralleled chance to showcase one of our key visitor activities to millions of viewers and potential visitors."
China is New Zealand's second largest visitor market with over 180,000 holiday visitors welcomed into the country for the year-end August 2014, up 7 per cent on the same period last year.