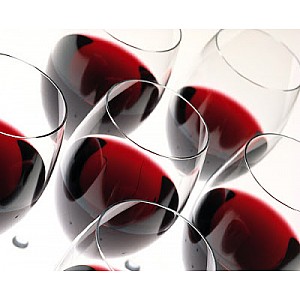 Foreign wine in China no longer makes the headlines. The spotlight is now on much larger trends. Foreign wine has been pouring into China, growing sevenfold over the last six years and increasing to 19 percent of the total domestic market. As a result, almost one out of five bottles opened in China is now imported. Translated into numbers, U.S. exports of wine to China were close to 23 million bottles in 2013, up from practically none a decade earlier. French wine is still the main player in this market, where sales totaled US$1.15 billion in 2013 and accounted for nearly half of all wine imports. As of April 2014, China is the eighth largest export market for Argentine wines in terms of value, up from 18th a few years back; Chile’s wine exports to China increased 157 percent in March 2014. Italian wine surprisingly counted for only 6.5 percent of the market in 2013. However, industry insiders have heard through the grapevine that the presence and marketing of Italian wine in China is finally on the rise, aiming at sales worth almost US$10 billion over the next four years.

Imported wine is first subject to a port inspection, and then Customs clearance. Alcohol importers should present both a Health Certificate and a Certificate of Origin from the exporting country (region) in order to clear the inspection. The imported wine should also be affixed with a Chinese label in accordance with the General Standards for Food Labeling and other relevant regulations. Those that pass the inspection will be affixed with an “Imported Food Health Supervision and Inspection Mark.” Upon presentation of the requisite documents for approval, the Customs will clear the product after collecting duties and other taxes, including value-added tax and consumption tax.

According to the Administrative Rules for Importing Alcohol to the Chinese Market promulgated in 1997, a wholesale enterprise dealing in imported alcohol should possess, among other things:

•    The registered capital, business venue and warehousing facilities in compliance with the relevant regulations;
•    A qualified wholesale management system;
•    Professionals familiar with the wine and spirits industry and its imports;
•    A consolidated wholesale network;
•    A health certificate issued by the Sanitation Administration Department;
•    Other conditions as required by laws and regulations.

For further details or to contact the firm, please email info@dezshira.com or visit www.dezshira.com.
By Riccardo Benussi and Eunice Ku, DezanShira& Associates