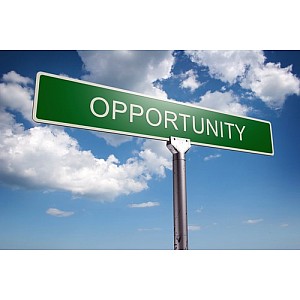 Keeping track of the ever-changing commercial environment in China is a full-time occupation but essential for anyone serious about doing business in this astonishingly complex country.

The Chinese have few qualms about changing the rules, often dramatically, and do so frequently and with regard only to their own agenda. Infant formula exporters to China from around the world found this out a few months ago but, in fact, the environment for imported food, consumables and for that matter just about everything, is constantly changing.
To a casual observer these changes may seem erratic and sometimes illogical but, for those who watch closely, they rarely come as a surprise no matter how unwelcome or otherwise they may be.

Take, for example, the recent decision to allow only registered manufacturing plants to produce infant formula for export to China. Where there had been no need for registration previously suddenly there was – and not all by any means made the cut. From the 1st of May this year a good many exporters found out that they weren’t on “the list”, and not only that, the schedule of who was hot and who was not was circulating within China very quickly indeed (eagerly assisted, it must be said, by those who had passed the test).

Exporters who are now lamenting their warehouses full of unsaleable product will take little comfort from knowing that this change had been well heralded over many months. It was done, though, in a typically Chinese way.

In this particular case the regulators started with their domestic industry which, to be fair, was badly in need of reform. In doing so they made numerous comments about the need for greater control (a constant theme for just about everything in China), a rationalization of the industry participants from many small players to a few large ones, and greater scrutiny of quality and process.

While these were directed internally, rumours rapidly emerged that the same would apply very soon to international companies. These weren’t the result of accidental slips of the tongue from within the Chinese regulatory authorities. They were carefully placed comments from officials in the bureaucracy designed to test reactions and to set the scene.

This is a commonplace technique employed for all manner of changes within China. Carefully crafted remarks are built into speeches, dropped into news articles through controlled media and laced into pronouncements of all types. The canny China watcher accumulates these and gets the picture quickly.

For those who prefer less innuendo and more transparency this can be a very vexing way of going about things.
With infant formula the rumours fuelled any number of panic-stricken meetings and hand wringing around the world but in the absence of anything formal there was little that could actually be done. It wasn’t until the change in regulation was suddenly announced that there could be any kind of formal bilateral discussion between the international regulatory agencies. By then, of course, it was too late.

For those embroiled in this its not over yet. The requirement for manufacturers to be inspected and registered to export to China is only the first step. In the next step they will be told how many and which brands of formula they can produce. The signs are that these will only be brands that the manufacturer themselves own and control.

But who knows? And who knows when this will happen? By the time you read this it may have already occurred or it may be a year away. That makes for a challenging business environment by anyone’s standards.

The bottom line is that you cannot do business with China casually and without paying very close attention to the things that might affect you. Not only that, you need to be acutely aware of the many different shades of light and dark that are the indicators of what’s coming – maybe.

Rod MacKenzie is executive director of NZFocus (NZ) Limited and a former regional director, Greater China, for NZTE. This article was first published in the Exporter Magazine