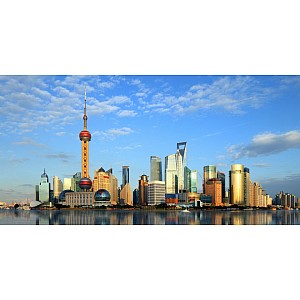 John Chan was one of the first people I met when I moved to China in early 2003. John had just published his book China Streetsmart and my predecessor had provided some data for the book so John wanted to introduce himself.
I was new to China whereas John had moved to Shanghai from Canada in the 1990s; at our first meeting we talked for a couple of hours and I was able to learn a lot from his experiences. One of those experiences was a stint as a product manager for Lion Breweries’ ill-fated China venture – despite that John was still Kiwi-friendly.

I’ll always remember when John found out I played tennis he arranged a game for me with another friend of his – a really generous thing to do for somebody fresh off the boat.
It was acts of generosity like that coupled with the fact that John and I both loved talking about business in China that meant we quickly became friends. We’d often meet up at Face Bar in Ruijin Park (alas the bar is no longer there) to chat about business and for me to use John’s knowledge of China to verify some of my own observations.

With that history in mind, John was one of the friends I was keen to catch up with when I returned to live in Shanghai this year. But I’d forgotten just how busy life is in Shanghai, how work becomes life and how you will often go for months without seeing your friends.

So, four months after arriving back in Shanghai John and I still hadn’t found a time where empty spaces in our diaries matched for long enough to have a beer together. Then John called and suggested we kill two birds with one stone – he had a work project on Sunday and would I mind helping out and we could finally catch up at the same time. “Great, happy to help out and looking forward to finally seeing you,” I said.

That Sunday I turned up at John’s office wearing jeans and my crumpled weekend shirt and was ushered into the meeting room to be met by John and a small group of 14-year-old boys all dressed in suits and ties (on a Sunday!). It turns out that as well as running his consultancy during the week John runs a weekend programme teaching entrepreneurship to the sons of local millionaires and dress standards are all part of the learning. Lucky I wasn’t trying to pass the course.
The boys were entering a business competition and had an idea they wanted to do some market research on.
I spent the next two hours talking to them about market research; how they should think about it and the practical things they should do to research their idea properly. Now, most of you will possibly have fallen asleep at the mere mention of market research, but the discussion with these boys was stimulating and they were excited about the possibility of getting information that would help them hone their idea further.

Frankly, their basic idea is great, but I know they’re going to make it better by understanding their market more deeply and adjusting their offering accordingly.

I hasten to add that part of John’s teaching philosophy is to look at business in the broader context of life so during my time with them we also had a very meaningful discussion about the ‘real’ meaning of success.

I’m not going to argue the case for Sunday entrepreneurship classes in New Zealand instead of Sunday rugby, tennis or cricket (I know how many life lessons I learned from playing sport) but I titled this piece A Shanghai Story because of the lessons embedded about business here. Work and the other parts of your life become uniquely melded and, like these 14-year-old boys, you need to start working early.

I’m still not going to wear a tie on Sundays though.

Glen Murphy is NZTE's Regional Director for Greater China. This blog was originally published in BusinessDay on Stuff.co.nz.