China at the Crossroads 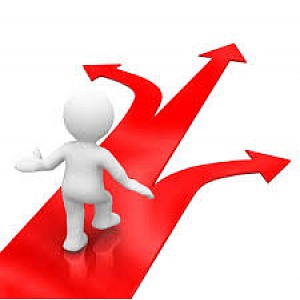 China at the Crossroads :

In November 2013 China’s leaders met in plenary session – at the so-called Third Plenum of the ruling Communist Party’s current Central Committee – to decide on a new, far-reaching reform programme. Opinions are divided on how effective this programme of reforms will be. Are the decisions of the Third Plenum going to help turn China into one of the wealthiest and most powerful countries in the world? That’s how many Chinese commentators see the Third Plenum and its potential impact. Or are the economic, social and political reforms that China now urgently needs just too hard to carry out? That’s the more sceptical view that many foreign commentators have been taking.

The Third Plenum that met in Beijing in November 2013 has frequently been compared to the famous Third Plenum held in December 1978, which marked the end of the Maoist era, confirmed Deng Xiaoping as China’s paramount leader, and marked the beginning of the far-reaching reform process that has since transformed China both domestically and internationally. But it is not at all clear whether the 2013 Third Plenum really does compare to its famous predecessor. Chinese commentators have emphasised the fact that the latest plenum took a ‘Decision on Major Issues Concerning Comprehensively Deepening Reform’ that represents a turning point in Chinese policy planning, and provides for the first time for a ‘decisive’ role for the market in Chinese economy. But some outside commentators are asking if the Decision’s statements of intent are supported by sufficiently strong, concrete and far-reaching policy reforms in such vital fields as state-owned enterprises, capital markets, investment and consumption, local and corporate debt, social security, labour mobility, land rights, natural resources and the environment.

Either way, many are asking what the consequences of Third Plenum and post-Third Plenum policies will be for China’s expanding relations with New Zealand and other Asia-Pacific states – relations in which Chinese trade and investment play an increasingly vital role, and Chinese political and social influence are of growing significance as well. There are questions, too, about the influence and intentions of China’s current president, Xi Jinping, who some see as the most powerful leader China has seen for two decades.

China’s recent growth is presenting New Zealand and other Asia-Pacific countries with extraordinary new opportunities in terms of trade, investment and people flows. But it is also posing important questions about how China’s burgeoning influence is to be managed. Much depends on the course of China’s own development from this point on; and much of that will depend on decisions taken and policies implemented by the current Party leadership. This is why a fuller understanding of the policies adopted – and not adopted – at the 2013 Third Plenum is vital for anyone engaging with China today.