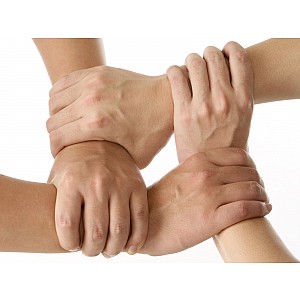 Those of us who have been pushed out of the way in a Shanghai supermarket by fellow shoppers will know what it’s like to be treated as if you’re not even there. Yet how does that situation gel with the incredible acts of generosity I’ve experienced from Chinese friends going out of their way to look after me?

In the reverse, Chinese think we Westerners are far too nice to strangers and nowhere near nice enough to our friends and family.

It’s not that hard to understand the criticism - some of the people I respect most in the world probably only know that because I’m happy to give them a hard time over a beer. As a Kiwi male I know I’m often guilty of taking my friends for granted whereas I’d happily invite people I’ve just met to come home for a barbecue.

In our culture, particularly Kiwi male culture, overt efforts to cement existing friendships are traditionally seen as unnecessary, possibly even sycophantic and embarrassing - so we do tend to take our friends for granted while happily extending Kiwi hospitality to people we’ve just met.

I reflected on these differences in New Zealand and Chinese thinking during the recent Prime Ministerial visit to China. Some of the tone from New Zealand commentators prior to the trip suggested a collective Kiwi cringe that our political leaders were making such an obvious effort to maintain and build our relationship with Chinese leaders.

However, I sense that following the clear success of the visit many commentators have gained some understanding of the importance of adjusting our approach for partners who expect something different.

Good news too that there are signs our business leaders are following the lead of government and starting to adjust their approach to China. The first event the Prime Minister attended in Beijing was to witness the signing of a joint venture agreement between Pacific Aerospace (PAL) and the Beijing Automotive Group (BAG).

A couple of months ago, NZTE Customer Manager Peter Smyth took me to visit PAL’s factory on the fringe of Hamilton airport – a single hangar producing 12-15 small planes each year.

Two months later I’m standing inside BAG’s glistening headquarters (built in the shape of a car and housing 3,000 people) in the middle of an industrial park where BAG pumps out 1.6 million cars a year and I’m witnessing these two companies agree to work together.

How does this happen? I’m happy to say that in PAL's case it does not appear to have happened by accident.

PAL’s owners have spent years building relationships in China to gain an understanding of the structure and future potential of the market. The agreement they have with BAG came about because PAL decided that was the company they wanted to partner with and they proactively went about building relationships with their leaders - visiting them in China many times and hosting them in their homes in New Zealand.

This agreement took years of hard work and a proactive approach to building deep relationships.

The leaders at PAL are also smart enough to know that they have now simply taken some steps through a long journey, the relationships they have and the agreements they’ve just signed provide no guarantee of future success. They know they will have to keep working hard at their business and at the relationships that have gotten them this far. They’ve set a great platform though and I wish them every success.

These recent examples from our political leaders and from some of our business leaders demonstrate how in China working hard to maintain a good relationship with the people you want to work with is not viewed as sycophantic or ingratiating - it’s expected as part of doing good business.

As Kiwis we can continue giving our Kiwi friends a hard time, we should continue being open and courteous to strangers but we’ve also got to know how to adjust our approach when we need to. It’s good business.