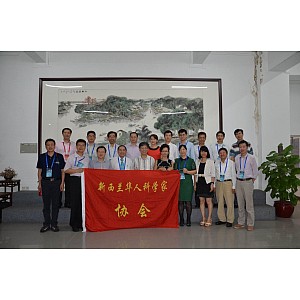 The government is beefing up its resources in Guangzhou to strengthen existing relationships and to tap into the growing opportunities in Guangdong and other Tier 2 cities in Southern China. Rebecca Needham, the first Guangzhou Consul-General appointed by the Ministry of Foreign Affairs and Trade, took up her posting following Prime Minister John Key’s visit to Guangzhou in April at the start of his successful China tour.

Two months into the job, Rebecca provides a snapshot of Guangdong’s economy and her initial take on opportunities for New Zealand there.

Guangdong is one of China’s two major economic powerhouses, the other being Shanghai and its hinterland. Its economy is roughly the same size as Indonesia’s, and it has the largest population of any province in China (105 million), equivalent to the size of Mexico.

For the past three decades Guangdong has played a leading role in China’s reform and opening up, with annual GDP growth rate averaging over 15%, and 24 consecutive years as the nation’s wealthiest province, with total GDP of RMB 5.71 trillion (NZ$1.2 trillion) in 2012. Guangdong currently accounts for 11% of China’s total GDP, and almost one-third of its foreign trade.

Guangdong’s largely private manufacturing base has been one of the main engines driving its economic dynamism, making it one of the least dependant of China's provinces on fixed asset investment.

Guangdong’s economy has traditionally relied on lower end, labour-intensive exports (toys, garments, low-end electronics). But labour shortages, environmental concerns and increasing competition for the investment dollar from other parts of China has been forcing Guangdong’s economy to transform itself towards higher end and more sustainable growth.

The services sector accounted for 45.3% of GDP in 2011 and is rising rapidly as Guangdong develops into a regional financial centre (with the Shenzhen stock exchange, the ChiNext high-tech board, and China’s first carbon market), logistics hub in southern China, and an international business travel and shopping centre.

Growth for the province will be increasingly driven by an expansion in household consumption and resources shifted from processing and assembly enterprises to higher value industries and services. During this transition, growth rates for the province are likely to moderate but still remain in high single digits – it was 8.2% in 2012. Guangdong’s provincial leadership is very focused on stepping up the province’s economic development especially in the face of fierce competition from Jiangsu which is threatening to overtake Guangdong as the top provincial economy by 2015.

The province’s economic hub is the Pearl River Delta (PRD) Economic Zone, accounting for 82% of Guangdong’s GDP in 2011. The PRD Economic Zone covers nine cities - Guangzhou, Shenzhen, Zhuhai, Foshan, Jiangmen, Dongguan, Zhongshan, Huizhou City and Zhaoqing City. There is an enormous concentration of wealth in the PRD cities, with Shenzhen (per capita PPP GDP US$26,847), Guangzhou, Zhuhai and Foshan all enjoying per capita GDP rates above Shanghai.

Guangdong is the largest consumer market in China, accounting for 11.1% of the nation's total, and the second highest per capita disposable income after Zhejiang. With the rising income levels consumer spending patterns are changing with a greater share going into services such as travel and education, both major areas of growth for New Zealand.

The retail market in Guangdong is also one of the most developed in China and the landscape here is changing rapidly. Traditional department stores are being replaced by franchised chain stores, supermarkets and hypermarkets, many of them major overseas retailers; convenience stores proliferate. In the PRD, new shopping malls are developing rapidly as integrated shopping and entertainment centres.

Guangdong is already a major gateway to China from New Zealand. It is the destination of an estimated one-third of New Zealand’s exports to China. Trade and interest has increased following the signing of the New Zealand-China FTA in 2008 and is growing further with zero tariffs having come into effect on more than 90 percent of New Zealand exports on 1 January 2012.

With the second highest disposable per capita incomes in China, supported by modern infrastructure, distribution and retail chains, Guangdong is a prime market for New Zealand exports of food and beverage, and biotech/health foods. The cradle of Chinese manufacturing, Guangdong still has a lot to offer businesses wanting to move operations closer to the supply chain, either producing goods for China or for re-export to third markets. And Guangdong is still the largest provincial source of Chinese exports to New Zealand. The biannual Canton Fair, China’s largest trade fair, continues to draw hundreds of thousands of buyers to the city in the spring and autumn of each year.

A culture of openness to the rest of the world and rising disposable incomes have combined to make Guangdong the largest source of Chinese tourists to New Zealand. This trend that has accelerated on the back of China Southern’s daily direct flights between Guangzhou and Auckland, which will increase to 10 per week over the peak summer period of 2013-2014. Tourism New Zealand will soon be injecting additional resources into its Guangzhou-based team at the New Zealand Consulate-General to grow the higher end tourism market even further.

Guangdong is also the largest source province of Chinese students to New Zealand. There is plenty of untapped potential to grow student numbers to New Zealand while at the same time establishing strategic partnerships with institutions in Guangdong, as some universities have already done around the delivery of joint programmes. Education New Zealand will soon have dedicated representative based at the New Zealand Consulate-General in Guangzhou to further support this growth.

New Zealand’s relationship with Guangdong is about more than just economic complementarities. It goes back to the first wave of Chinese immigration during the 1860s gold-rush era, and was built on throughout the 20th century by further generations of Chinese migrants, mainly from Southern China. Those links are enduring, and provide the foundation for a great number of people-to-people connections with Guangdong that, in inimitable Cantonese style, almost inevitably lead to business opportunities.

People to people links are reinforced by the long-standing Auckland-Guangzhou sister city relationship, which has in recent years been re-invigorated by successful Mayoral delegation visits. Building on the 2012 delegation visit led by Mayor Brown, ATEED has been successfully promoting Auckland as a tourism and education destination in Guangzhou and Shenzhen.

New Zealand is still scratching the surface in Guangdong. Like everywhere in China there are a myriad of opportunities here, and like everywhere they require proper assessment before entering the market and sustained follow-up.

Guangdong’s particular value propositions are that it is the largest and wealthiest regional market in China, serviced by well-developed supply and distribution chains, and with a growing appetite for high quality and safe food and beverage products. It is also one of China’s most sophisticated and outward-looking provinces with a growing interest in offshore education, higher end tourism, and investor and migration opportunities.

Well worth a visit!