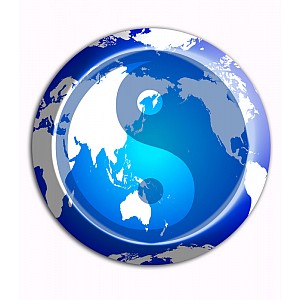 In the late 1970s Bao’an County, just across Hong Kong’s northern border with the Chinese mainland, was a small village surrounded by paddy fields as far as the eye could see. There were no signs of it then, but Bao’an County was about to change the world – because in 1980 it was designated China’s first Special Economic Zone.

Fast forward three decades and today Bao’an County is known as Shenzhen – it has become a thriving city of over 10 million people, an economic powerhouse, and a symbol of China’s success. The pace of the change is astonishing. If this sounds like a story about urbanisation, it’s not – it’s a story about trade. The phenomenal rate of change over these past decades in Shenzhen and across China has been driven by trade, and its success is now having a seismic impact on the patterns of trade around the world.

I believe there will be three tipping points which will be core to the changes we are likely to see in Asia’s trade in the coming years, and to which we should pay particularly close attention.

The first is in the orientation of the West. Many of those countries which have increased their trade exposure to China have enjoyed rapid gains in economic activity over the last decade or so. As China and other Asian economies increasingly diversify away from exporting and towards importing, the scale of this opportunity will only increase. In June Vice Premier Zhang Gaoli said that in the next five years he expects China to import US$10 trillion of goods and services.

The challenge for economies in the West is clear: they must claim their share of this growth by building connections with the markets that are now driving the global economy. The speed at which they can perform this pivot towards the East will be the decisive factor in their success.

The second tipping point is the rapid expansion of Asia’s middle class, which is a key factor in the increasing demand for imports. Three billion people will join the global middle class by 2050. Taking the broadest definition, Asia’s middle class is already 740 million – and growing fast. For many multinationals, Asia’s consumers are already vital. In one quarter last year, mainland China, Hong Kong and Taiwan accounted for approximately 20% of Apple’s global revenues. According to a report by McKinsey, with the right policy measures, China’s urban household income will at least double by 2022. A new, more sophisticated and internationally-minded generation of Chinese consumers is set to emerge, shifting the focus of the global marketplace to the East.

Western companies are increasingly targeting this new source of consumer demand and, as they do so, they are following the example set by Asian companies over recent years: instead of just using the US dollar, they are also trading directly in China’s own currency, the renminbi.

This is the third tipping point – the rise of the renminbi as a global currency. China’s trade account is now fully open and, increasingly, trade is being settled in renminbi – particularly in Asian markets such as Malaysia and Indonesia. At present there is no direct relationship between the Malaysian ringgit and Indonesian rupiah – conversions are performed through the US dollar. The tipping point will come when those conversions shift from being made in dollars to being made in renminbi.

Each of these tipping points could spell opportunity for New Zealand, which has everything it needs to succeed including being the first developed country to conclude a Free Trade Agreement (FTA) with China, an FTA with ASEAN, well-established diplomatic and trade ties with Asia, a long-standing and growing Chinese community in New Zealand, and a clean green brand for its agricultural primary industry products

Taking advantage of this opportunity will mean adapting to each of the trends I’ve outlined here: putting a greater focus on Asian markets and their emerging consumer class, and taking steps to win competitive advantage, for example by trading in the renminbi. But, above all, it means directing all the effort and resources we can to create an optimal environment for exporting in New Zealand.