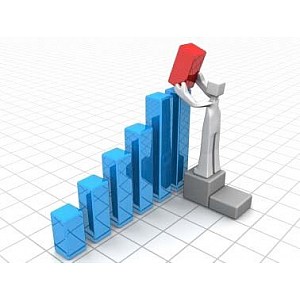 New Zealand’s trade with China continues to grow at a strong pace – but one has to be careful not to think that this is something specific to New Zealand and something happening primarily because of our actions. China’s imports from all parts of the globe are soaring as the number of middle income earners soars, urbanisation continues apace, infrastructure gets built still at break-neck speed, and people are encouraged to boost their spending.

In that latter regard there is a lot further to go. China’s economy still remains fundamentally driven by exports and fixed asset investment rather than household consumption and the new leadership have made it clear that they want this relationship to switch around. That is good news for New Zealand because our area of comparative advantage is in the production of safe, quality primary products such as meat, wool, wood, and of course dairying.

On the dairying front there was some very positive news this month with Fonterra announcing that they will commence sales of infant formula in China. Every dollar invested on the ground in New Zealand in production of this high value product is far better than the money which goes toward another cow or acre of land converted to dairying. The conversions certainly boost output but the best return on the money comes from improving what we already have rather than producing more milk which will end up as simply skim or whole milk powder in large bags.

Related to this issue of using capital to move up the value chain rather than simply boosting total output is the new drive New Zealand has to open markets in Latin America. Instinctively this sounds like a good thing because as a farming nation the more markets we can access the better we think. The picture even we urbanites form is of more people showing up at produce auctions so this is good.

But opening markets is a red herring which obscures the true factors holding New Zealand back. We cannot even adequately service the many markets we already have access to – be they in the United States, Europe, UK, Australia, Japan, or China. As niche operators we are faced with a galaxy of such niches already but we too often fail in our offshore ventures because of our inability to adjust to foreign business norms, low willingness to spend time offshore, inability to effectively network with people to our best advantage, and failure to understand or take the time to understand foreign customers.

What New Zealand needs is not new markets but higher levels of management expertise – something much harder to change. In that regard the stories of Kiwi businesses in China which one reads in the media tend to be of a positive nature, revolving around how customers like our products, how new stores have been opened, how the business started in NZ from someone’s spare bedroom, and how the market in China is huge and effectively infinite from an NZ-servicing point of view. And exactly the same can be said for Kiwi companies going into almost any other part of the world.

New Zealand’s challenge in the export arena lies in effectively exploiting what we already have access to and when the market one chooses is China that means not blindly rushing onto the next trade delegation to set up contacts. It means spending an extensive period of time building up one’s internationalisation skills in New Zealand, then spending considerable time building up business relationships on the ground on China. And only when these first two key important steps have been undertaken can one reasonably work on actual sales on the ground in China.