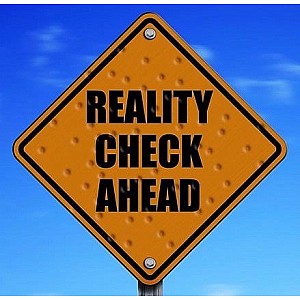 Normally in this column I would write something about the Chinese economy. But my intention in writing about China here and in my own publications is to wake New Zealanders up to the seismic shifts which are happening in the world economy, how they will affect us, and maybe how we can profit from them and need to adapt to them.

There are many ways in which China’s rise touches us. One is a sharp diversion of our primary exports from other markets to China, with China set to be our largest export destination within perhaps three years. This will have implications for where our government, trade bodies, and large exporters focus their relationship building and maintenance efforts.

Another way is the surge in Chinese visitors which now produce some 14% of our tourism receipts at a time when receipts from other countries are falling. The tourism sector will need to adapt to this change and develop schedules and attractions appropriate to the Chinese flow.

Trade in goods and services always brings investment flows as well, and events surrounding the sale of the Crafar farms show that New Zealanders are extremely wary of Chinese investment in the country. The paper I wrote and distributed some three weeks ago delves into the sources of this reluctance to accept investment from Chinese – whereas investment from practically every other country goes unreported.

China’s rise and the appearance of so far tens of millions but soon hundreds of millions of middle to upper income earners also touches us in not just high demand for quality food and high level tourism, but personal investments. Auckland house prices have risen over 27% since early-2009, there is high awareness of the property shortage there which I have long written about, and first home buyers are scrambling to buy properties they “should” have purchased in the previous four years. These pressures and disappointments have led to people searching for scapegoats – and rather than bothering to examine the weak construction numbers for Auckland since 2007 they have focussed on buying by Chinese.

Anecdotes have been flying thick and fast in recent months regarding aggressive Chinese buying. And in the absence of a single piece of data to back up claims of a Chinese property takeover the anecdotes have become more and more visceral.

Therefore to help through some light on the true picture I added questions in my monthly survey of the country’s real estate agents. Asked what proportion of their sales went to offshore buyers the NZ-wide outcome was 9% with Auckland 11%. Asked where the offshore buyers came from the main sources were the United Kingdom 18% (Aucklandalso 18%), China 15% (19%), and Australia 14% (15%).

Therefore nationwide just 1.4% of dwellings are being sold to people in China, and in Auckland 2.1%. But when we allow for at least 40% of buyers indicating they plan shifting to NZ, the sales of properties to non-Kiwi Chinese fall to just 0.9% nationwide and 1.2% in Auckland.

There are certainly suburbs in Auckland where offshore buying is very strong – generally highly priced school zones. But city-wide and nation-wide the data do not support the wild anecdotes.

Some people emailed me after the results were released saying responding agents deliberately lowered their numbers as they don’t want legislative changes which would hamper offshore sales. But the data do not support that.

Additionally, in February I asked agents for their opinions as to where the offshore sales were going – not where their own sales were going. 27% said the UK, 24% China, 21% Australia. The first point to note is that the ranking of countries is the same as in my latest survey. Second the extent to which each measure dropped is almost exactly the same at 9 percentage points for the UK and China and 7 for Australia. Had agents wanted to deliberately downplay the China effect the drop for China would have exceeded that for the UK and Australia.

At this stage the role of buyers from China is minor outside exclusive school zones. But their presence will grow as more Chinese achieve middle to high incomes, and as the ability to take funds out of China grows. Therefore it is appropriate that a debate be initiated as to whether New Zealand should adopt foreign housing purchase rules as apply in Australia. These are that foreigners may not buy an existing house. If they want ownership they must build a new one and boost the supply. That sounds sensible with regard to wherever the offshore buyers happen to be coming from.