The Challenge of China’s Facelessness 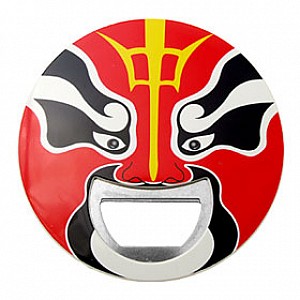 Very shortly I shall be releasing a paper which looks at the many reasons behind Western apprehension about China. At last count the list had reached 55 factors which are placed in no particular order of importance – except the first one. That one is described as “Facelessness”.

In the West we are used to judging everything we see around us including the people we elect to lead us. We have created systems of government aimed at restraining the power over ourselves which we voluntarily hand over, and we continually monitor what our leaders say and what they do.

This continuing assessment is not a phenomena in China where the CCP has ruled since winning the civil war in 1949. In fact such on-going assessment has never been a characteristic of China’s system of rule. Culturally therefore there is no great demand from Chinese people that their leaders continually prove themselves. As a result there is no culture of oratory in China. Leaders are used to getting their messages out in written form and refrain from active media engagement and speeches delivered to diverse groups throughout their term in office.

In the West this comes across as secretive rather than a key cultural characteristic, and because of that plenty of room is provided for less savoury interpretations of what China wants as it extends its reach into the rest of the world.

But actually that is not the facelessness I refer to in my paper. Instead it is the facelessness of the average Chinese person. We are all familiar with Americans, British, Canadians, Australians etc. because we have not only lived in their countries but spent literally tens of thousands of hours watching television series and sitcoms set in these people’s living rooms. From Coronation Street to Good Times, Dallas, and Neighbours we have great knowledge of what people in other Western countries do in the evenings, the sports their children play, the money troubles they deal with, the television programmes they watch, the food they eat, the naughtiness they pursue, and literally how they think and will react in different situations.

There is not a single English language Chinese television program carried on any major channel in New Zealand. We have no idea what the inside of a typical mainland Chinese apartment looks like, what kids do after school, what hours schools run for, what people talk and worry about, how they recreate, what type of car they aspire to, or even what they eat beyond rice and things unidentifiable to the casual stroller through a Chinese market in Hong Kong.

New Zealanders are woefully unprepared for such familiarity, with a recent paper I produced describing the way in which we cannot even easily come to understand and even hire the many Kiwis offshore who would like to return to New Zealand to work.

The world is not only changing, it is changing at a pace no-one ever thought possible. Within the space of just 12 months the proportion of NZ’s exports going to China has grown from 14% to 16.8%. the number of Chinese holiday-makers coming to New Zealand has grown 38% in just one year. To coin an old phrase, the Chinese are coming. It would seem appropriate that we Kiwis and our leaders make efforts to learn more about this self-resurrecting civilisation, how they will affect us, how we can best interact with them, and how we can utilise our growing connectivity to boost our growth and incomes.