Strong Growth Expected to Continue in 2013 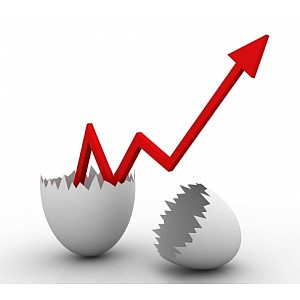 This time a year ago the general expectation was that with conditions in Europe getting worse and the United States economy yet to show any firm signs of strong growth that China’s economy would experience less growth than over 2011. Such has turned out to be the case with GDP rising 7.8% over 2012 compared with 9.3% during 2011. However, while the slowdown is understandable in light of offshore woe, the more interesting story is one of a recent acceleration in growth in spite of Europe’s condition deteriorating even more than expected and the United States slowing down under pressure from Hurricane Sandy and worries about the fiscal cliff.

In fact as the year advanced toward June expectations for China’s growth were being revised down quite sharply with some analysts expecting a hard landing of growth slipping below 7% if not as low as 5%. Annualised growth in fact bottomed out at 7.4% in the September quarter and lifted to 7.9% in the December quarter,

Why the acceleration in growth? Partly it can be put down to the easing of monetary policy from late-2011 and partly to an easing of fiscal policy manifesting itself largely as accelerated granting of permits for large infrastructure projects from the June quarter. But also there is the continuing strong dynamic of 10 – 15 million people every year moving from rural to urban living, a huge infrastructure requirement in a country where 80 cities of over 5 million people still do not have subway systems, and ongoing foreign inward direct investment.

Interestingly that inward investment was weaker at $112bn over 2012 from $116bn over 2011. China is still a very attractive country for companies to invest in, but its relative attractiveness is declining due to wages growth near 14% per annum, rising standards needing to be met for environmental impacts and labour conditions, and certainly from the point of view of Japan, growing concern about the viability of production long-term should the dispute over the Diayou/Senkaku islands turn uglier.

For New Zealand China continues to present itself as a key source of growth. Visitor numbers to New Zealand over the year to November were ahead 33% from a year ago including Hong Kong at 220,672 people. Chinese visitors now account for 8.8% of all visits to New Zealand from 6.5% a year earlier and 5.8% two years ago.

Net migration inflows to New Zealand are also still rising and reached 5,613 in the year to November from 4,982 a year earlier and 3,875 two years ago. With regard to merchandise exports growth amounted to 14% in the year to November compared with a decline in exports to all other countries of 4.6%. A year earlier these growth rates were 19.6% and 8.1% respectively so China including Hong Kong is continuing to rise in importance to New Zealand’s export sector and economy. It now in fact accounts for 16.3% of all NZ merchandise export receipts from 14% a year ago and 7.1% in October 2008.

At this stage, with urbanisation continuing apace in China there seems no strong reason for expecting a slowdown in the pace of growth of New Zealand tourism and goods exports to China – especially as China’s growth rate is expected to lift this year with the World Bank picking growth of 8.4%.

We would like to share your insights and observations on the latest development in China and its potential impact on New Zealand. Please contact Luke Qin at luke.qin@nzcta.co.nz