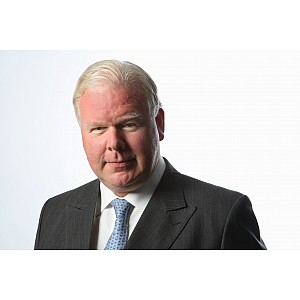 I think it’s fair to say that the economic situation in New Zealand has stabilised over the past three years but it’s only slowly moving beyond a number of significant challenges.

These challenges include the uncertain global economic outlook; cautious consumers and businesses with deleveraging a theme across the economy; the historically high terms of trade; and the rebuilding of Canterbury.

Despite these challenges, I remain upbeat about the prospects for New Zealand. And I’m upbeat because I believe New Zealand has the ingredients for a resurgence as we move past the economic rebalancing that is currently taking place.

In my mind those ingredients are … New Zealand’s strong and growing connectivity to Asia; a competitive advantage in sectors such as agriculture, tourism and education which will continue to benefit strongly from Asian-led growth; and an outwardly focussed political and business leadership that genuinely understands these opportunities and is charting a course to take advantage of them.

I want to give you my perspective on two issues.

First, on China’s economic outlook which is currently underpinning global growth but has become a major talking point globally as its economy slows.

And with that background, I want to talk about how Asia’s growth is creating a significant opportunity for New Zealand – particularly in agriculture – and how with the right settings, New Zealand can maximise this opportunity.

This perspective is informed by a major new study that ANZ will release next month on the soft commodity opportunity for Australia and New Zealand.

First to China though. Until the year 2000, developed economies such as the United States and Europe accounted for about two-thirds of world economic growth.

Today, the emerging economies account for more than two-thirds of global growth and China accounts for about half of that.

At present, around 45 million people each year in Asia are moving from rural areas to cities. By 2050, it is predicted that three-quarters of the world’s population will urbanise and many people will be living in megacities of more than 10 million people each.

As this process of urbanisation and industrialisation continues, it will continue to drive growth in China.

For example, electricity generation has tripled in China over the past ten years; China now has 900 million mobile phone users – adding 11 million new users every month; and China has 100 million cars – a number which is growing each year by about five times as many vehicles as exist in New Zealand as a whole.

However early last year, it became obvious that China’s near future would start to look quite different from its recent past.

In China’s new five-year plan, the government has stated that it will become more focused on the quality of growth, rather than its pace.

This means that China’s economic model is shifting and that its ‘new normal’ for economic growth is now in the 7 to 8% range rather than growth rates of over 10% that we have become accustomed to over the past decade.

However, the policy instruments China has under its control are rather blunt – and we are seeing that now as the Chinese government manages the combination of cyclical factors such as weakening external demand and the lagged impact of earlier tightening measures which are amplifying the slow down.

Now it’s worth remembering that even by growing at 7%, China would outperform virtually every country in the world. And that growth alone equates to adding almost four times the total GDP of New Zealand each year.

But, once the leadership transition that will occur later this year is complete, I believe you will see a renewed focus on maintaining internal stability with action to increase fiscal spending and ease monetary policy and this will see annual GDP growth of around 8% in China.

The bottom line here is that, what we are now referring to as the Asian Century is good news for New Zealand because it presents enormous opportunities.

To give you a sense of the scale of the opportunity, the forthcoming ANZ research report I mentioned suggests that the new-found wealth of the developing world, rising incomes and population growth will see the world demand at least 60% more agricultural output by 2050 compared to 2005-07.

In fact, if bio-fuel uptake and the economic growth of developing countries accelerate, demand for agricultural products could more than double over this period.

Already demand for many agricultural products has begun to outstrip supply resulting in periods of very high global food prices in recent years. This is in contrast to the experience of the latter part of the 20th century where commodity surpluses dominated global trade discussions.

In the face of these shifts, New Zealand has the land, the water, the skills and the geographic proximity to benefit significantly from the huge middle class populations emerging in Asia with sophisticated tastes and rising incomes.

Our research suggests that New Zealand could more than double the real value of annual agricultural exports by 2050 resulting in an additional $550 billion of revenues over the next four decades.

Moreover, the size of the opportunity could increase to $1.3 trillion if global demand for agricultural products grows faster and New Zealand can boost production volumes and continue to shift to higher value products.

Despite the massive opportunity that exists, it doesn’t follow however that successfully seizing this prize will happen of its own accord.

In fact, how much of the opportunity we grasp really depends on the extent to which we are prepared to address a series of issues that would assist agriculture perform to its full potential.

As New Zealand has demonstrated with its world-class dairy industry and the success of Fonterra, international competitiveness in agriculture is about more than just having access to good land and rainfall.

Now I don’t want to give the game away completely with this report but like Australia’s resources sector, the ability to grasp this prize is all about leadership and about our willingness to pursue economic and industry reform.

In agriculture, this includes:

Here, I believe New Zealand is much better placed than Australia. As I mentioned earlier, New Zealand’s outwardly focused political and business leadership understands these opportunities and they are charting a course to take advantage of them.

This idea of a shared vision and a coordinated and cooperative approach between government and business when dealing with Asia is something New Zealand does well and it’s something that Australia could learn.

For example, the Government’s “NZ Inc China Strategy” is specifically focussed on developing the trade and economic links between New Zealand and China with an objective to double bilateral trade with China by 2015 with New Zealand’s primary industries leading the way.

And I was pleased to see the Australian Government following New Zealand’s lead by commissioning a White Paper on the Asian Century which should be completed later this year.

And although New Zealand does not yet have a fully-formed national strategy for food and agriculture, recent developments have been promising, including the release of industry-specific strategies from key industry bodies and sector-wide contributions from the Riddet Institute and KPMG.

Business is also playing a role. As New Zealand’s bank in Asia Pacific, ANZ has been playing an active role in connecting our clients with opportunities in Asia.

This includes leading fact-finding tours and hosting seminars to bring together clients from the region to identify growth opportunities and gain a deeper understanding of markets in Asia, particularly in China. For example, we introduced several wine making clients to our networks in China. Since then, a number of those vineyards have won lucrative export deals with high profile local distributors.

Like Australia though, New Zealand also needs to invest in developing Asia capability broadly throughout business and the workforce.

We all have a responsibility here – whether it’s through business investing in building employee skills and experiences; through government support for education, training and professional development bodies that provide programs to build Asia capabilities; or through mobilising our existing Asian talent pools.

This serves to highlight my final point: that the task of realising the Asian Century is the job of many – politicians, business leaders, farmers, the education sector, the media and community leaders – and I urge you to play an active role in helping New Zealand fully realise the Asian opportunity.

To share your industry knowledge and insight on the Asian market please contact Luke Qin at luke.qin@nzcta.co.nz